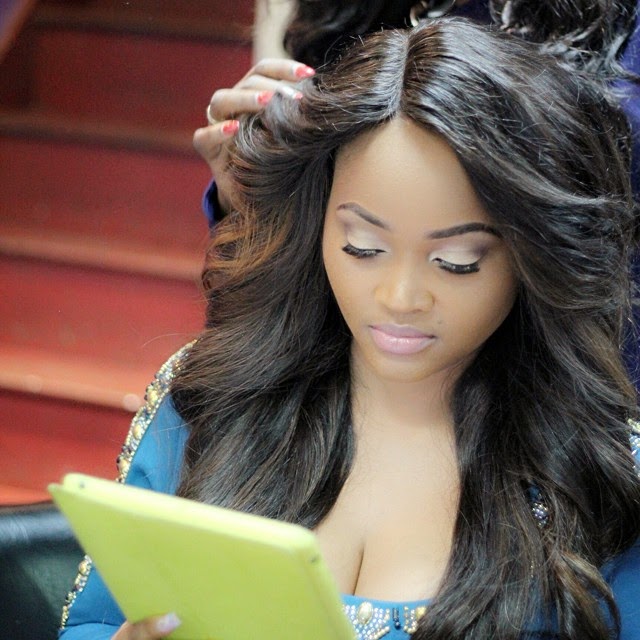 Popular Nollywood actress, Mercy Aigbe and her husband Lanre Gentry are said to be back together after separating over domestic violence.

The mother of two, in a month ago released a picture which shows how she was battered and she claimed her Husband Lanre Gentry did this to her.

According to a report by Nollywood gist, they are back together.

Here is how Yoruba Movie Gist reported it:

After now people will say we like gossip, well, it’s true sha because the gossip is always true just like this one we are about to let you know that Nollywood actress, Mercy Aigbe has returned to her hubby.

It is not easy taking a walk out of one’s marriage just like that especially if the lover has realized his/her mistake and begs for forgiveness.

Mercy and her hubby, Lanre Gentry have not had it rosy over allegations of domestic violence on the actress as things got to a point where Lanre was arrested and Mercy having to move out of their marital home.We all saw it coming recently that she will likely accept him back after she shared a private chat of Lanre begging her that such situation will never happen again.

To shock you all, after the whole drama, the actress seems to be back with her hubby as she has deleted the new instagram account she created after she parted ways with her hubby.Well, we will keep watching to see if she will officially move in with him. Her daughter also still maintains her surname to that of Gentry indicating that all is well with the Gentry’s family.”