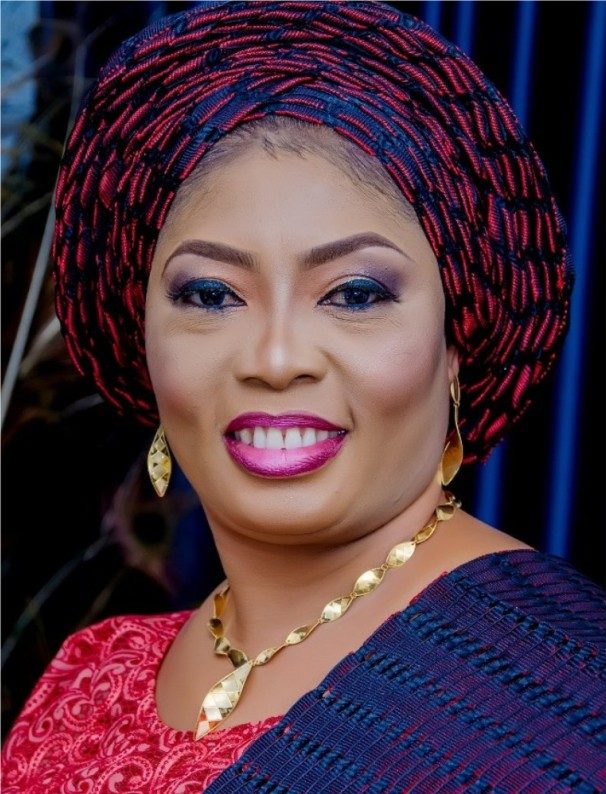 •Details Of The Classy Thanksgiving Service/Reception In SAGAMU

It was a day of Joy and Celebration at the Emmanuel Anglican Church, Sabo, Sagamu, on Tuesday, 12th April 2022, when Mrs Eunice Abimbola Ogunbayo celebrated her 50th birthday in style.

The church was filled to the brim with many celebrities, made up of top government officials, businessmen, royal fathers, Ogun State politicians, especially those from Ogun East Senatorial  District and celebrity women from far and near. It was a colourful Holy Communion Service for this pretty woman, who is the wife of real estate guru, Otunba Peter Oluwole Ogunbayo.

The Officiating Ministers, made up of about 8 Men of God, drawn from different parts of Ijebu-Remo, were led by The Most Revd. Dr Michael Olusina Fape, the Lord Bishop of Remo, delivered a very powerful sermon, urging the celebrant to be thankful to God for being alive to celebrate her 50th birthday. It was a galaxy of Kings drawn from all the major Ijebu towns. Two Obas also came from Osun State, namely, the Elerinmo and Alapomu. The Alaperu was also there. So also the Elepe and the Oba of Yakoyoland in Ife-North, Osun State.

HRM Oba Oyewole Oyediran, the Olulamokun of Yakoyoland, in Ife-North LG, Osun State co-ordinated the choir, as they rendered soul-lifting church songs. It was a well-attended church service conducted by the Diocese of Remo, Anglican Communion. Immediately after the 3 hours of service, dignitaries filed out to take photos with the celebrant and her husband, outside the church auditorium.

Many of those who came extolled the virtues of the celebrant, who was described variously as a Virtuous woman. Her husband was equally commended.

Let’s tell you about the celebrant, Eunice Abimbola Ogunbayo, who was born on the 12th of April, 1972 to the family of Mr. & Mrs Soye Odubona of Agbowa-Ikosi, Lagos State.

We can tell you authoritatively that she was brought up by disciplinarian parents who had no room for laziness. She went through her Primary, Secondary and Tertiary Education under the strict supervision of her parents.

Mrs Abimbola is a wonderful supporter of church activities. She has an enviable record of the success attained; she is a committed Christian who will not leave any stone unturned to serve in the Lord’s vineyard. The royal instruction of the Lord to “love others as one’s self” is the fundamental watchword of Abimbola and this necessitates her demonstration of a high degree of love to children and everybody around her.