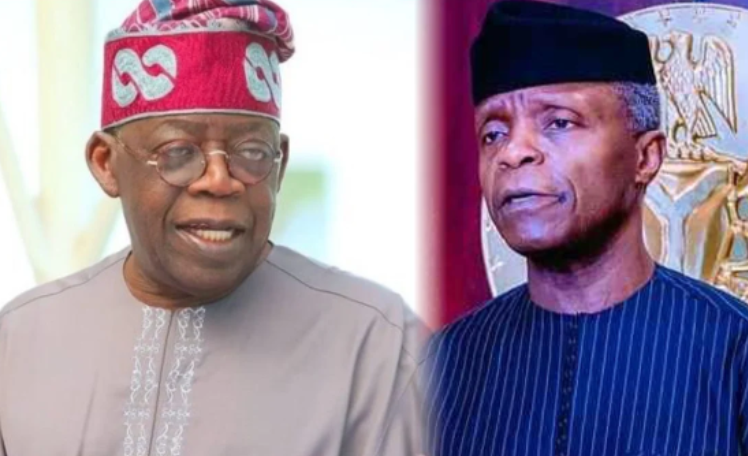 The materials likened Osinbajo, his former Commissioner for Justice, to Judas who betrayed Jesus Christ.

A statement by Tinubu’s media office said crediting such description to him is the most desperate antics of propagandists in recent times.

“Their design is to use both to provoke anger against the person and aspiration of Asiwaju Tinubu”, the reaction reads.

Stressing that the campaign has failed, Tinubu called it irresponsible and insensitive political propaganda that seeks to exploit religious sentiments.

The All Progressives Congress (APC) leader accused enemies of trying to manipulate public perception of him being the “most formidable presidential aspirant”.

The statement said Tinubu is married to not just a Christian but an ordained pastor, Senator Oluremi Tinubu, and has developed a very deep fraternal relationship with Christendom at all levels.

“It is therefore imprudent to contemplate that a statesman of Asiwaju Tinubu’s standing will condone Biblical allusions that could denigrate his person or status.

“These basic facts were ignored by those desperate to set Muslims against Christians through deliberate disinformation of the general public.”

The statement appealed to Nigerians to shun campaigns of calumny, desperation and verbal violence in the campaign for the highest office in the land