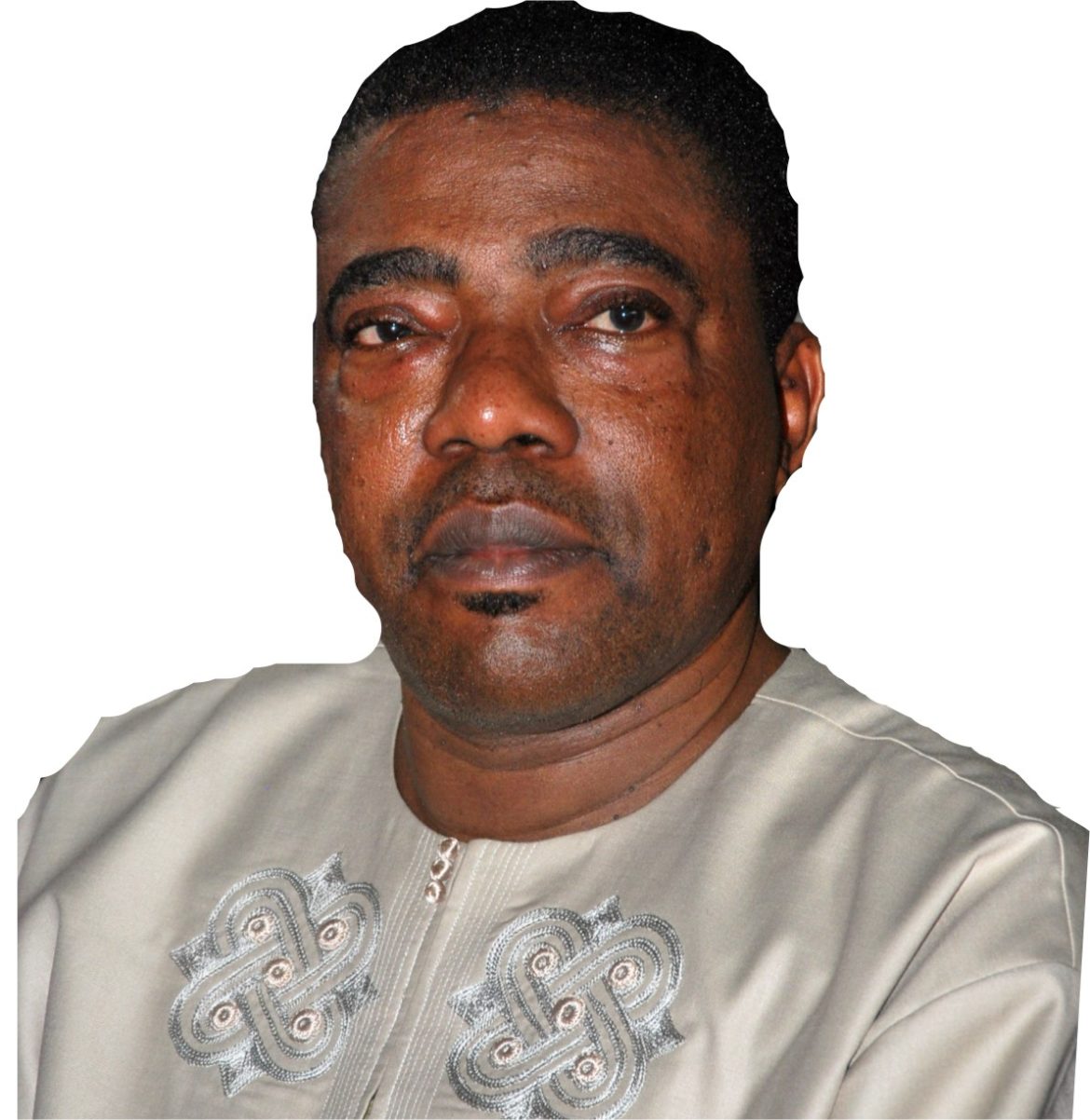 When the news first broke a few days back that Senator Ganiyu Olanrewaju Solomon (GOS) clocked 60, many were pleasantly surprised. This is because the popular Lagos politician does not look that far gone in age because of his refreshing look. We can authoritatively confirm that he is 60, but he doesn’t look one bit 60. He clocked 60 on 19th December 2019 and he only had prayers; no big owambe party. For him, this is a time for sober reflection. That is GOS for you. Many don’t know that GOS is a highly principled and focused person. Rather than engage in wasteful spending, he decided to touch lives, something he has been doing for years.

At 60, GOS says he feels accomplished. Of course, he has to be. He has had an accomplished career as a politician. He is one of those who you can call a highly successful politician. Let’s tell you why.

He was first elected Senator for the Lagos West Constituency of Lagos State, taking office from 29 May 2007 to 28 May 2011. He was a member of the Action Congress (AC), now All Progressives Congress (APC).

He was born on 19 December 1959 to Alhaji Rafiu Ishola Solomon, who himself, was politically influential as a contemporary of the first civilian governor of Lagos State, Alhaji Lateef Jakande. Senator Ganiyu Solomon attended Oke-Ona Grammar School, Abeokuta, Ogun State. He obtained a B.Sc. in Political Science from the University of Lagos and went into a private IT services business. Later he went into the Property business. Many don’t know that he is a big property player in Lagos. He entered politics during the regime of General Sani Abacha. Let’s tell you more about his political career.

He was elected into the Lagos State House of Assembly on the platform of Democratic Party of Nigeria (DPN) in 1998 but did not take his seat before Abacha’s death. During the return to democracy in 1999 with the Nigerian 4th Republic, Solomon was elected Chairman of Mushin Local Government Area of Lagos State on the Alliance for Democracy (AD) platform. In 2003 he was a contender to be AD Senate candidate for Lagos West but was defeated by the incumbent, Senator Tokunbo Afikuyomi. Solomon ran instead for the Federal House of Assembly for Mushin Federal Constituency 1 and was elected.

In April 2007, Solomon was elected to the Senate on the platform of Action Congress (AC) for the Lagos West Constituency. After taking his seat in the Senate, he was appointed to committees on Works, Sports, Rules & Business, Integration & Cooperation and Capital Markets (Chairman). In a mid-term evaluation of senators in May 2009, it was noted that GOS had sponsored bills on amendment of the National Directorate of Act, Electronic Commerce, Whistleblowers Protection, Institute of Capital Market Registrars and Elderly Persons Centre, and had sponsored or co-sponsored ten motions.  He was appointed Chairman of the Senate Committee on Capital Market. He has a GOS Foundation which provides assistance in skill acquisition, educational development, micro-credit, healthcare and poverty alleviation.

In the run-up to the April 2011 elections, Solomon was unopposed in his bid in the Action Congress of Nigeria primaries to run for reelection. He was reelected on 9 April. Solomon participated in the 2014 APC governorship primaries ahead of the 2015 elections. Since he left the Senate he has continued to play politics. He is one of the APC chieftains in Lagos. He is still very much active politically. Last week, City People Publisher, SEYE KEHINDE spoke to him about his new life @ 60. Below are excerpts of the interview.

Congratulations on your turning 60. How did you feel in the morning of your 60?

I was really happy. I was elated. Moreso when a lot of friends, political associates and colleagues had been asking me what I was going to do for my birthday. I told them you will know when the time comes. Few days to that time, I just decided that we should have a prayer session. Few people got to know about it. On that very day, I was quite very happy turning 60. Before then it was an age. I considered pretty old, but attaining it, I now felt there wasn’t much to it. I felt really happy with people congratulating me, saying all sorts of positive things further made me elated.

What has changed about Senator G.O.S?

Nothing, really. There is this big musician, who sang saying what he has in his head a few years back, is still what he has in his head now. So, I want to say that after some age (which I consider to be a number) I am still my normal self; I don’t see anything changing. I still have people around me. I still think the way normal people should think. I don’t see much changes. I am still Ganiyu Olarenwaju Solomon.

What has been the lessons you have learnt in life @ 60.

Oh! Quite a lot. When you think you’ve learnt everything in this world, if you have not taken part in Politics, you’ve not learnt anything. Politics teaches you a lot about life and people. You will meet people of different characters, people of different backgrounds and you are expected to relate with them as normal human beings. All of these I have learnt. I have learnt a lot in Politics. I have met quite a number of people and I understand them for what everyone is. I can relate with everyone. What I do is I identify you, what you want, you are and I relate with you at that level. And I don’t expect too much from you. So, I relate with you accordingly. That does not mean not telling you what I think, which should be the right thing. But if you have a habit and it is very difficult for me to convince you, I play along with you that way. In 60 years, I have learnt a lot about life and people. I have met all sorts of people. Out of the 60 years, I know how much has gone into politics.

How many years have you spent in politics?

When I want to talk about my entry into politics, I always consider the time I decided to run, not the time I was just going for meetings. So, I decided to run in 1995, and by the year 2020 that will be 25 years or so. That was when I went for the Lagos House of Assembly. I met quite a lot of people. Till the present day, I still continue to meet them, and everybody with their peculiar kind of behaviour. You have to be able to define each person and what they stand for. This person likes to act in one particular way. So just put him or her in that position and you move on.

Let me take you back a bit. Tell us where were you born? Where did you grow up? Schools attended?

I was born in Mushin. I attended St. Paul Anglican School, in Mushin, Idi-Oro. I attended Oke-Ona Grammar School in Abeokuta. I came back to Lagos State College of Science and Technology. That is what we called it then. It’s now Lagos Poly. I did my A levels there. From there I proceeded to the University of Lagos where I studied Political Science.

Why did you choose to study Political Science?

It just came like that. No special reasons. It came as a kind of coincidence. When I was filling JAMB form, I filled in UNILAG as my 1st Choice, 2nd Choice and 3rd Choice. As for the course, I had no idea about what I wanted to do. All I wanted to do was to go the University. So, I filled in Political Science as my 1st, 2nd and 3rd choice. I was in a kind of straight jacket situation. When our results came out, I did brilliantly well. I had 10 or 11 points and I needed only 4 to do Political Science. Mr Oloro, the Rector of Lagos Poly wanted me to do something else. He had some friends in the University of Lagos and he took me there.

My 25 Yrs In Politics Has Taught Me A Lot Of Lessons – Senator GANIU SOLOMON’s 60th Birthday Interview was last modified: December 30th, 2019 by Seye Kehinde