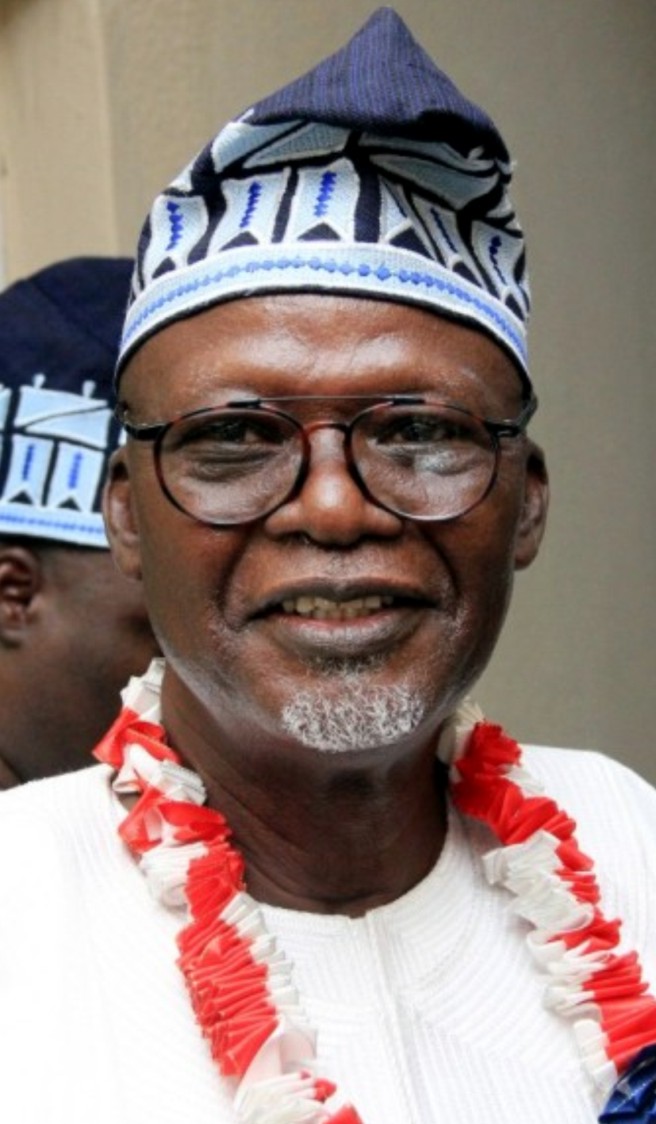 Sunday 14th November 2021 will remain historic as Members of the prestigious Lagos based club, Association of Friends (Up Asso!) held its annual Presidential Gala Night which ushered in the administration of its new president, Dr Adetokunbo Adedeji.

The glamorous event was held at the iconic Alhaji Sule Onabiyi Banquet Hall in the club’s premises. Parts of the activities marking the day were the installation ceremony of Dr. Adetokunbo Adedeji and executive members of the club, awards presentation to three media giants; High Chief Raymond Aleogho Dokpesi of DAAR Communication; Ace Broadcaster, Chief Bisi Olatilo of Biscon Communications and Otunba Seye Kehinde, publisher of City People Magazine as well as induction of proven men of integrity new members.

The party mood was turned up as the king of Juju Music, King Sunny Ade and his ever dynamic band dazzled to entertain members of the association and guests at the event. Meanwhile, City People Reporter, JAMIU ABUBAKAR had a chat with the newly installed president of Association of Friends, Dr Adetokunbo Adedeji where he revealed his plans for the club in a bid to make it greater. Below are the excerpts from the interview.

How do you feel about your installation as the president of the Association of Friends’ Club today?

I feel accomplished. I feel that we are asked to do things and we take it as a challenge. And when we actualize the challenge, it makes us feel good. So I feel good today to the extent that we are expecting better things. So I take this as a stepping stone so that if in the future, we have more Challenges we will rise to the occasion just like we have done today.

For how long have you been a member of the club?

It would be close to about 20 years. It looks like yesterday.

Tell us how you joined the club back then…

As a matter of fact, I had been coming to the club before the time I joined because I had a friend who is late now, who was a member of this club. We would come on our weekend days just to share our conviviality with them in the club here. But years later, when I was in the Lagos state government as the General Manager of LASEPA. My friend brought me here on one of the occasions and my life chairman, Alhaji Sule Onabiyi met me at the door there and asked my friend; ‘who is this young man?’ And I said, oh! ‘He is my friend’. He has been dodging being a member of this club. He has always been coming here with us. So right there and then, the life chairman called the manager and said; please give him a form and let him fill in. I’m conferring the membership of the club with him. That’s how I became a member of the club.

It was an election that was keenly contested because at the point in time when there was a need for a change of leadership. There were 3 aspirants and only two of us qualified to be elected as president. The tradition of the club has always been that one person would emerge after due consultation. But because there was keen competition between the candidates, it became expedient that we go into an election. So they had to slate a time for the election. The election came and so I emerged as the winner. So I became the president of the club. I thank God that’s what happened. When there’s an election and the people spoke, you have to abide by what the people say. The decision of the people could have been against me, I would still have taken it joyfully because the reality of being elected as a president of the club is a call to service. It’s a voluntary thing. You are not being paid any salary. There are no emoluments attached to it more than the name you bear. But it also comes with a lot of responsibilities. And I believe that I’m well-armed enough to be able to take charge of a small organization like this because I had run a government parastatal for not less than 5 years. So I believe I was competent to be able to carry on with the management of the association. And to a large extent, it is the good people of the club that make you succeed and not succeed. If you are a good leader and you have good people behind you, you would be like a magician. The people of Asso. are very good people to the extent that managing the club is not difficult for whoever wants to be the president of the club.

What is The Association of Friends all about?

As the new president, what are your goals and aspirations for the club?

Like I said at the time we were sworn in, the modus operandi of any club is built around the constitution of the club. It spells out what the outlook of the club is likely to be.  This club is to promote the social life of members. It is also to promote the economic life of members. But in doing that, you must come from a point of perspective where it is who says this is what I want to get out of the club. And if your perspective is such that you need help from members of the club, as long as you share the information with them, those who are willing to, those who are able to help you would go out there and help because that is the essence of being a member of the club. It is the Association of Friends. So in a friendship lies love, charity, welfare and soon. All these are tied together to challenge your personality, your intellect and your capabilities to foster the relationship that the club engenders. As long as you are a member, there are a number of things you can count on. One of them is being able to use resources that are not yours. Being a member of the club, the person is out there making the source available to you. For all the good reasons of this world, we engender love among ourselves. With that state of mind, it is easy for us to get each others’ assistance, each others’ attention and so on. So this is the way we relate in the club and it has helped the club to grow to such an extent that how we practice here every Friday, we have what we call the Suya Night. And on every Suya Night, everybody comes in here, we raise funds and the funds we raise I’d what we use in maintaining the club. Last Friday, we had Suya Night. We were able to raise N500, 000 in one night. So that happens every Friday of the month. A member would sponsor the Suya Night and would invite his friends. Other members would come and we would whip-round and whatever we collected would go to the purse of the club. And we have been able to do that and this club has done that in the last 43years. And to that extent, that is what has maintained this club in the state that you have found it. So other people who join us in terms of philanthropy also contribute to the development of the club. For instance, Sir Kessington Adebutu gave us a sum of 55million Naira 2years ago and we have been able to build an ultra-modern sports centre within the premises of the club. That’s the kind of thing that goes on in the club here. And today, a number of my friends that I invited have given us money. Some have given us cheques. I have some cheques in my pocket here. One is for 2.2million, the other is for 200,000. I think we have raised about 4million naira tonight. That’s what we do when we get together in the club. We thank God things are still going on fine. And we were looking forward to other people giving us something.

How the Igbos will Treat Each Other...