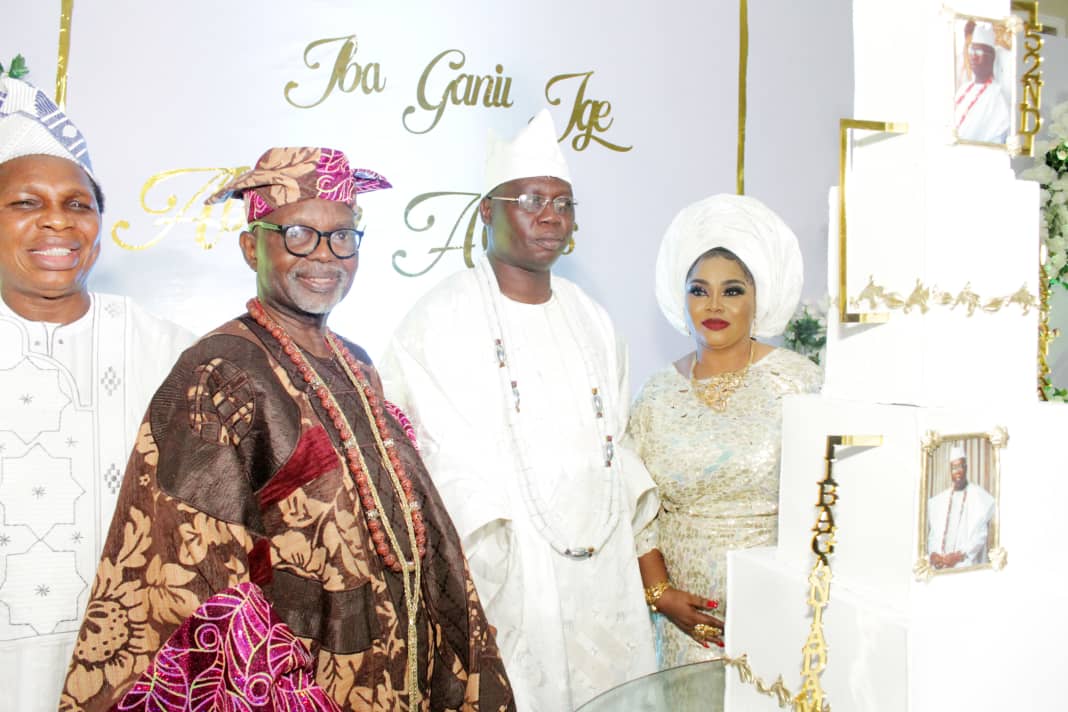 Whereas I witnessed the installation of the 13th Aare Ona Kakanfo (Generalissimo)of Yorubaland, the late Chief Samuel Ladoke Akintola, GCON, then the Premier of Western Nigeria, in Oyo Town in 1964, by the 43rd Alaafin of Oyo, the late Oba Gbadegesin Ladigbolu II, it was the 14th Aare Yoruba, the late Bashorun Moshood Kashimawo Olawale Abiola, GCFR, alias MKO, that drew me inside the circle of the Generalissimo of the Yoruba. May MKO’s valiant soul continue to rest in perfect peace. Amen.

The story of the relationship between MKO and my humble self is not for here, as they say. He was my role model and benefactor since we first met at the Alhaji Dauda Soroye Adegbenro’s first Memorial Lecture at the Akin-Olugbade Civic Centre, Owu, Abeokuta, Ogun State, in 1980.
I was also present in Oyo Town at the installation of the incumbent Aare Ona Kakanfo Yoruba, Iba Gani Adams, by the late Alaafin of Oyo, Iku Baba Yeye, Oba (Dr) Lamidi Olayiwola, Adeyemi III, CFR.

On Sunday, 8th May, this year, Iba Adams celebrated his 52nd birthday in Lagos. I was kindly invited by the Aare Ona Kakanfo, the celebrant, as a special guest.
Please follow me, as I go into history, through the almanac below.

Bottom pic left(2): L-R – I watch as Bashorun Abiola prays during his presidential campaign visit on 9th February 1993, to Ibadan. The venue was his CONCORD NEWSPAPERS HEAD OFFICE, Dugbe Alawo, Ibadan, Oyo State. I coordinated the visit in my capacity as the Secretary-General of the MKO DYNAMIC GROUP.

Pic right(3): MKO and my humble self at the 25th Founding Anniversary Lecture/Luncheon of the Sketch Press Limited, Ibadan, in 1989. It was our first meeting after the ‘Eaglet Governors’ episode – viz the distasteful description of the three Military Governors of the ODU’A States by MKO. I had given an equally distasteful reply to MKO in my capacity as the Press Secretary to the Military Governor of old Oyo State, the late Brigadier-General Adetunji Olurin, one of the unfairly derided military governors. The governors ‘offence’, as it were, was their non-attendance of MKO’s installation as Aare Ona Kakanfo in 1986 by the late Alaafin Oba(Dr) Lamidi Olayiwola, Adeyemi III, CFR.

MKO, later came to tender his formal letter of apology to Gov. Olurin, which was received by me, as security/protocols prevented Governor Olurin from granting audience to MKO.

MY HUMBLE INTERACTIONS WITH THE 14TH AARE ONA KAKANFO YORUBA TO THE 15TH AARE was last modified: May 13th, 2022 by Lekan Alabi