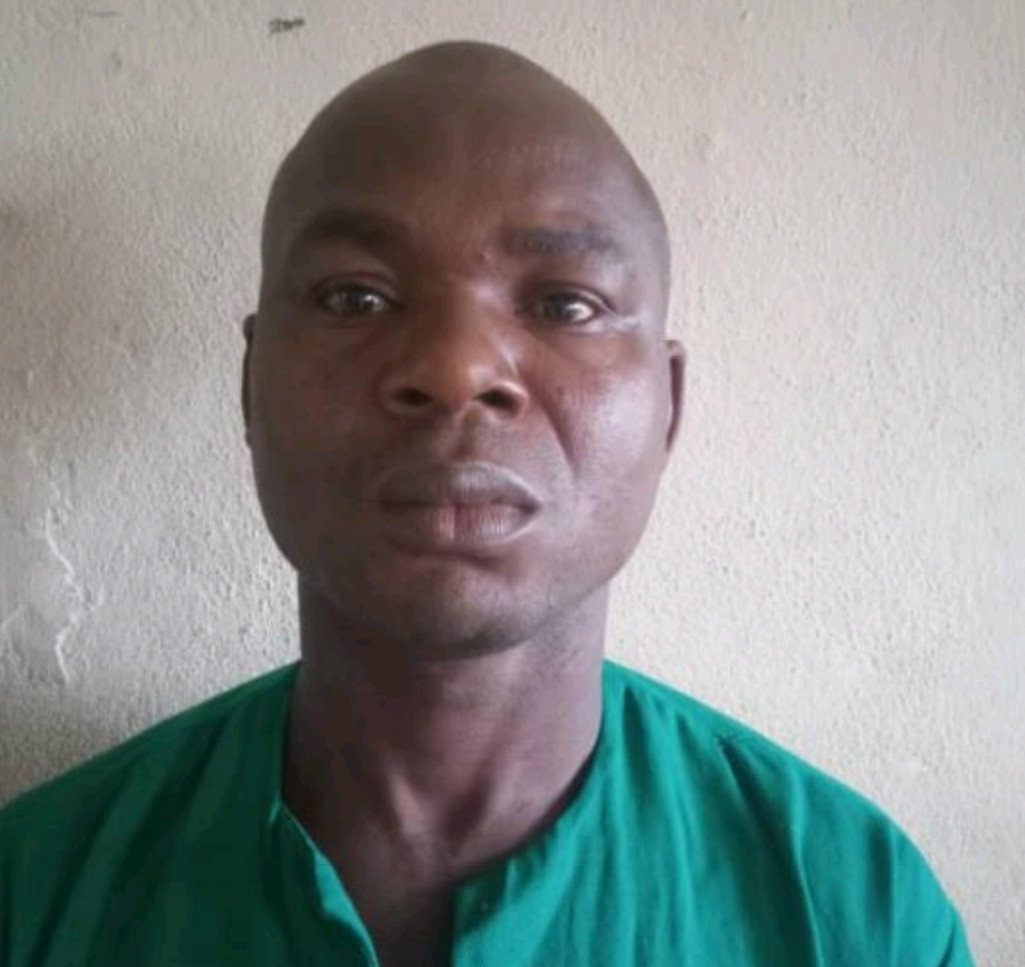 The Nigerian Correctional Service (NCoS) has placed a N200,000 bounty on Chidi Nwankwo, an inmate who was set free by members of his gang, in Anambra state last week.

Gunmen suspected to be yet to be identified attacked the court duty Vehicle of the Nigerian Correctional Service, Anambra State at Nanka while conveying inmates back from court to the Aguata custodial centre. The attackers killed the Corrections officer and whisked away the inmates being taken back to the Custodial Centre.

In a statement released on Monday, March 22, Francis Ekezie, the spokesperson of the NCoS command in Anambra, said the 46-year-old inmate was forcefully released after his gang members killed the prison officials.

Ekezie said Nwankwo is standing trial at the magistrate’s court 2 Nanka after his brother who he stood for as guarantor in a trial escaped.

“This is the face of the inmate whose gang members allegedly attacked the Nigerian Correctional Service escort vehicle on its way from the court at Nanka, Anambra State. He was forcefully released after killing the escort NCoS personnel and a police officer.

Chidi Nwankwo is accused of assisting his brother, Anayo NWANKWO who was being tried for arson to escape. Anayo NWAKWO was said to have pretended to be ill when a prosecutor arraigned him for trial at the Magistrates Court 2, Nanka on the 8th of March 2021, prompting the Magistrate to release him for medical attention and CHIDI stood as his guarantor.

Eventually, Anayo escaped hence, Chidi, who stood in as his guarantor was arrested for aiding the escape of his brother, Anayo.

The State Controller, Barr. Emmanuel Nwakeze wishes to appeal to the good people of Anambra State and indeed all Nigerians to assist in recapturing the fugitive, Chidi Nwankwo. A cash prize of N200,000 ( Two Hundred Thousand Naira) awaits anyone with useful intelligence that can assist in his recapture.”the statement read

Number of lonely people doubles in the UK – Report