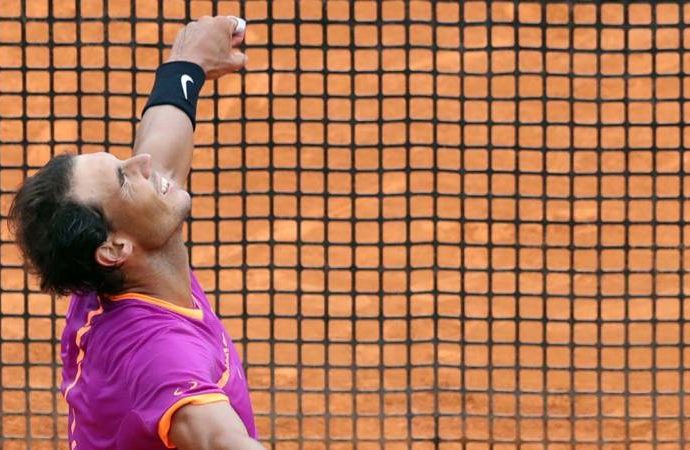 Rafael Nadal will be the new world number one from next Monday after Roger Federer withdrew from the Cincinnati Masters with a back injury.
The Swiss 19-time Grand Slam winner was the only player who could have denied Spain’s Nadal taking the top spot in the rankings from Andy Murray.
Federer was injured in Sunday’s Rogers Cup final defeat by Alexander Zverev.
Briton Murray pulled out of Cincinnati last week as he continues to recover from a hip problem.
Reigning French Open champion Nadal returns to the top of the rankings for the first time since July 2014.
The 31-year-old went out of the Rogers Cup in the last 16 against wildcard Denis Shapovalov.
Federer went all the way to the final before losing to 20-year-old German Zverev in Montreal – the Swiss’ first tournament since winning Wimbledon for the eighth time in July.
“I am very sorry to pull out,” said the world number three. “Cincinnati has some of the best fans in the world and I am sorry I will miss them.
“Unfortunately, I tweaked my back in Montreal and I need to rest this week.”
The Cincinnati Master leads up to the the US Open, the final Grand Slam of the year, which begins on 28 August.
Federer, 36, joins fellow top 10 players Murray, Kei Nishikori and Marin Cilic in withdrawing, while 2016 US Open winner Stan Wawrinka and 12-time Grand Slam champion Novak Djokovic will miss the rest of the season.

Nadal Oust Federer As World No 1 After The Former Pulled Out Of Cincinnati Masters was last modified: August 15th, 2017 by Damilare Salami