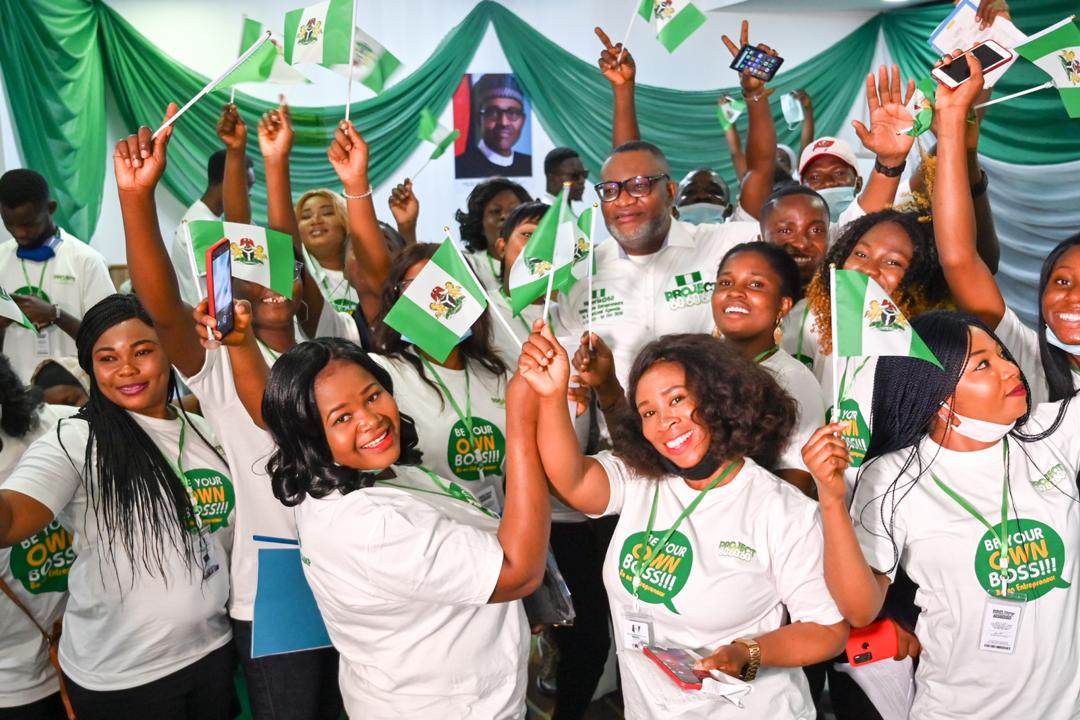 A private sector initiative determined to tackle the increasing rate of unemployment in the country has unveiled a programme in this direction tagged Project 60 60 60.

Explaining the 60 60 60 concepts, the mastermind and convener, Hon. Bimbo Daramola said its an initiative to get young people to register and participate in a 60th INDEPENDENCE ANNIVERSARY NEW ENTREPRENEURS BOOT CAMP, www.nigeriaat60.com.ng, from where 60 persons with good, workable ideas and skills will emerge.
The 60 successful new entrepreneurs from the Geo-political zones will be the 60th independence Anniversary milestone entrepreneurs.

According to Daramola, the beneficiaries will emerge from each of the geopolitical zones to benefit from a free start-up capital which ranges from N60,000:00 – N1,000,000:00 only. The capital is meant to be used to fund its approved ideas under guided deployment and application.

He mentioned further, that the programme will be a major feature of the 60th Independence Anniversary of Nigeria. This, the initiator described as the beginning of the new decade of raising and growing new entrepreneurs.

In the package also is the 60th Anniversary package the initiator described as Nigeria’s 60th Independence Anniversary Entrepreneurs Exhibition Fiesta.

The motive behind this he said, is to create a forum to acknowledge, inspire, mentor and motivate more people to entrepreneurship, and be able to benefit from proper mentorship from other existing successful enterprises.

The third of the package is the plan to establish 37 “ENTREPRENEURS LABORATORIES” Private sector driven in ALL THE STATES OF THE FEDERATION and the FEDERAL CAPITAL TERRITORY.

”When the project gets into full swing, the projection is that monthly, 2000 Entrepreneurs will emerge per state “baked” from the crucible of the proposed ENTREPRENEURS LABORATORIES, over the next decade, one sited in each state and the Federal Capital Territory as permanent institutions, as it obtains in China, Jamaica, Philippines, Trinidad and Tobago adopted and driven by the private sector.

” The Caribbean Basin Initiative remains an inspiration. Comparative Scenario Entrepreneurship cannot be treated as an ad-hoc effort, nations that have reaped the benefits of entrepreneurship maximally have adopted a more robust approach. Examples include the Caribbean Basin Initiative (CBI) initiated since 1983, Haiti Economic Lift Programme, Haitian Hemisphere Opportunity.” Daramola offered.
The project 60-60-60 BOOTCAMP SCREENING has kicked off with the FCT/NORTH CENTRAL.

How To Download City People Digital Edition This Week