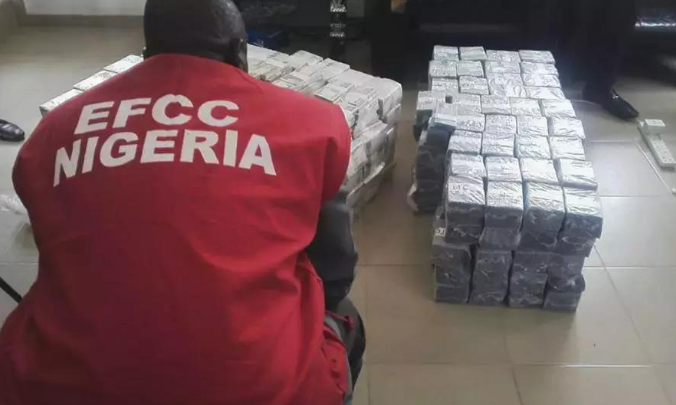 SaharaReporters has obtained the full list of occupants of a swanky apartment building in Lagos where operatives of the Economic and Financial Crimes Commission (EFCC) found close to $50million last week.

The building, located at 16 Osborne Road in Ikoyi, has nine floors of 19 Apartments and two penthouses.  It is owned by a former Peoples Democratic Party chairman, Ahmed Muazu, who retained for himself the penthouses, 10A and B; as well as Apartments 11A and 11B.

Since the raid became public, the National Intelligence Agency (NIA) has laid claim to the funds, its Director-General Ayodele Oke saying it was meant for covert operations authorized by President Goodluck Jonathan during his tenure.  SaharaReporters, however, reported on Monday that the woman who was discreetly ferrying the money into the apartment in bags was Mr. Oke’s wife, Folashade. According to the apartment ownership list obtained by SaharaReporters, other owners include a former Guaranty Trust Bank chairman, Fola Adeola, who owns Apartment 1A, and former Anambra Governor, Peter Obi and his wife, who own Apartment 1B.

The NIA has claimed that it warehoused the funds at the apartment, which is under the control of the wife of its DG, as a “transit” arrangement, as it planned to move it to a more permanent location.

Names Of Lagos Luxury Apartment Owners At Address Where $50m Was Found By EFCC Revealed was last modified: April 19th, 2017 by Daniji Emmanuel