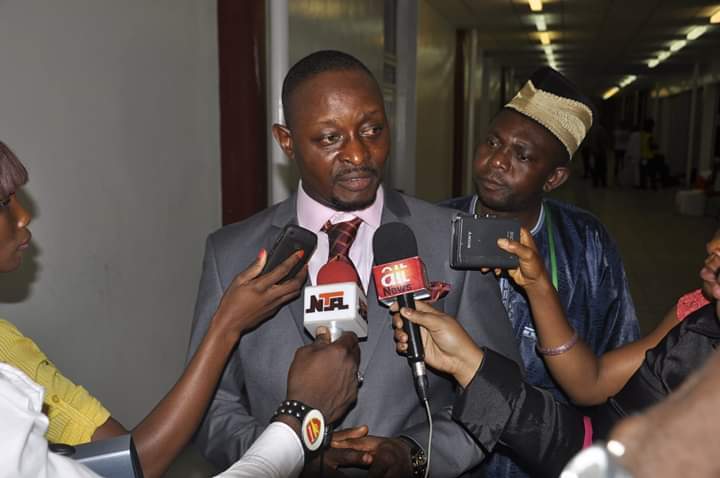 National WAVES Magazine recently celebrated 11th anniversary on newsstands and the management concluded arrangements to make noise about it.

In a chat with journalists, National WAVES publisher, Jimmy Enyeh revealed what the management has up its sleeves as regards the 11 years anniversary of National WAVES Magazine

‘It takes a lot of hard work, dedication, perseverance and more importantly, the Grace of God to have come this far. Kudos to my team, in spite of the numerous challenges, they have been wonderful. I remember at a time when the economy was hitting hard on Nigerians, that we had to go into recession, it was so bad that most people hardly buy newspapers and magazines; they preferred to read news online; my staff encouraged me to stay afloat. You know many publications went into extinction and a few of them embraced online which is very affordable. The cost implication is quite friendly.  I almost took the same decision but had to change my mind. The argument then was that most readers and advertisers are used to our hard copy and would be suicidal to rest it and concentrate on online but the good news is that we have consistently been on the newsstands and also operate an active website for the online version. You can log on to read our stories on www.nationalwaves-ng.com

On his plans for the 11 years anniversary?he submitted

‘As you are aware, last year when National WAVES clocked 10, we did not roll out the drums simply because I was actively involved in politics and that took a better part of my time. I didn’t secure the ticket to participate in the general elections and has since moved on. This year, we shall celebrate the 11 years of National WAVES Magazine. Don’t forget that we had celebrated previous anniversaries by organizing a lecture and award ceremonies at Transcorp Hilton Hotel and International Conference Centre, Abuja but this time, what we are organising is a clear departure from that. Like you know, when you get involved in a particular activity for a long time, it becomes boring. So, what we will be doing is to organize a shindig and have our readers, agents, advertisers, and friends in attendance and unlike other ceremonies that took place in Abuja, this will take place in Lagos. This will create an avenue to rub minds with stakeholders on how to move National WAVES forward.

Regarding what next for National WAVES? The Uhrobo born Journalist stated

‘We shall rebrand National WAVES Magazine; we shall serve readers with more captivating stories. More columns will be introduced. We shall improve the production of the magazine and makes it more attractive. All hands must be on deck to take the magazine to the next level’

Buhari Begs Nigerians to pray for the return of Peace