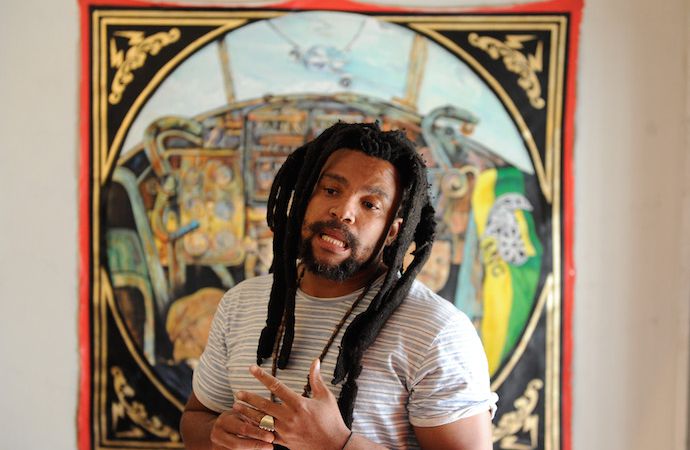 “The Foundation would like to express that it respects Mr Mabulu’s right to freedom of expression. We, however, find this painting distasteful,” the NMF said in a statement released on Thursday. “In reaction to the painting currently in the public domain by Mr Ayanda Mabulu, the Nelson Mandela Foundation notes the public outrage it has caused and appreciates that the public is offended by it.”

Against a backdrop of red and white rays radiating from an African National Congress logo, Zuma and Mandela – both naked – appear to be having intercourse on an ornate gold and red chair. Mandela sits on top of a laughing Zuma, his hand resting on his chest. At first glance Mandela appears to be comfortable, but on closer inspection, there is blood on Mandela’s genitals and a tear rolls down his cheek.

Mabulu has confirmed that this is a depiction of a rape. ”It was highly upsetting for me to paint this thing. It was like bleeding through my nails,” he told News24, in response to the public’s outrage. ”I did it way before… the president did the reshuffle. As a citizen of this country, I know how things are.”

See painting and some reactions: 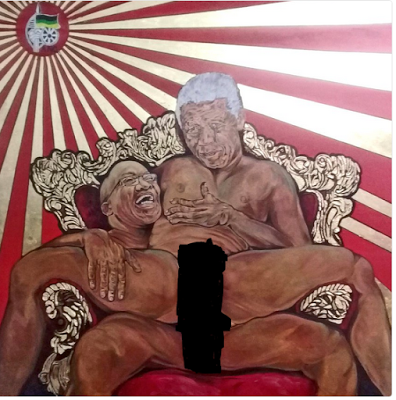 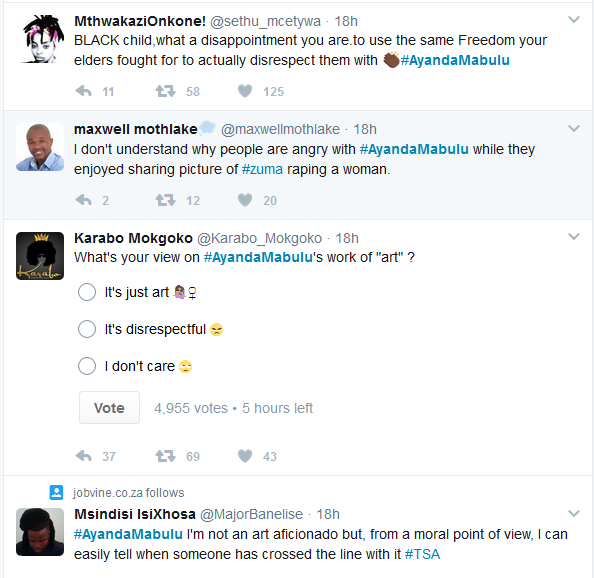 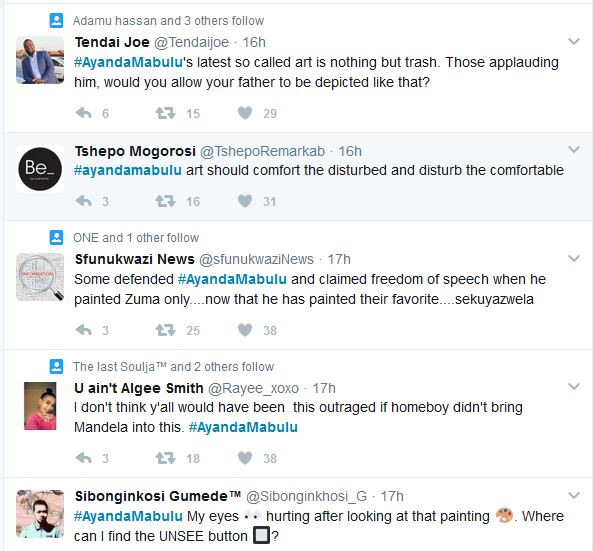 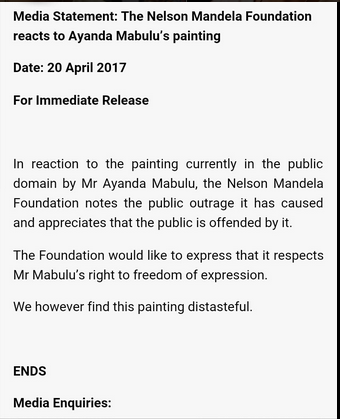 Why More Buildings May Collapse in Lagos...