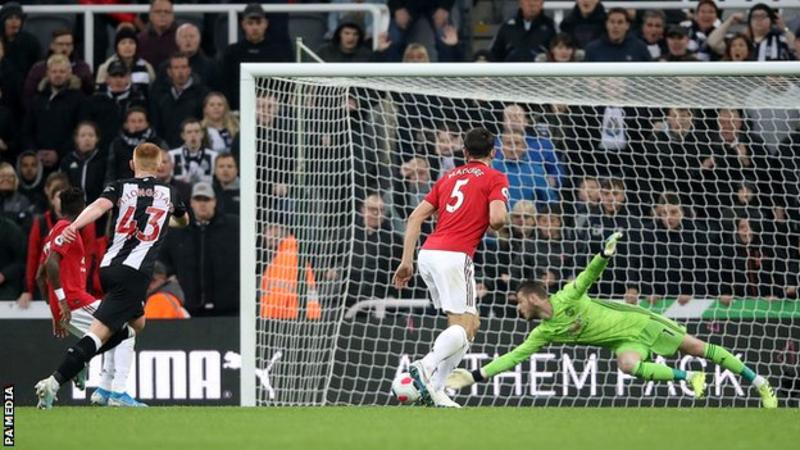 Steve Bruce hopes Newcastle’s victory over Manchester United “is the turning point” as his side moved out of the Premier League relegation zone and continued his former club’s troublesome season.

Matty Longstaff, 19, capped an impressive top-flight debut with the winning goal, drilling home a low finish from outside the box to leave the Red Devils just two points above the bottom three and with two wins this season.

Longstaff, playing in midfield alongside brother Sean, could have scored in the first half but rattled the crossbar with a thunderous 25-yard drive, while Fabian Schar flicked a header narrowly over from a corner.

On his 400th game in charge in the Premier League, the result ended Bruce’s long wait for a win over Manchester United, with whom he won three top-flight titles as a player.

Bruce said: “All you can do is answer your critics by getting a result. We knew this run was going to be difficult. I hope this is the turning point.

“I have waited something like 20 years for a result against United.

“To beat a club of Manchester United’s size is always a special thing. Considering the start we’ve had and the teams we’ve played, eight points – we’ll accept it.”

Bruce was unhappy that his team had been leaked in the newspapers before the game, adding: “I know I am not going to be everyone’s cup of tea but the nonsense that flies around is insulting. Hopefully, this helps the cause.”

The visitors’ tally of nine points after eight games is their lowest since the 1989-90 season when they were a point worse off.