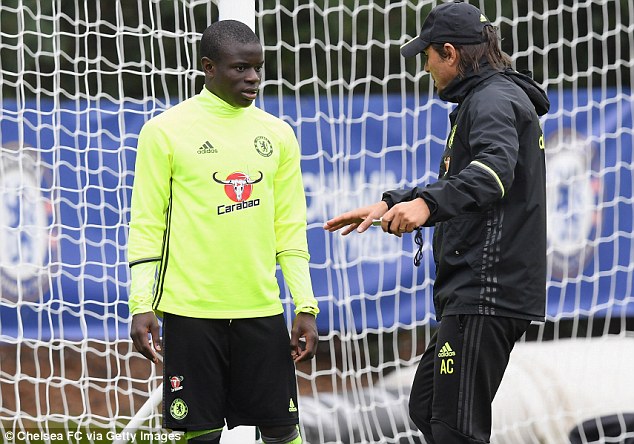 Noting that the France international has developed his passing skills this season, Conte hopes he doesn’t stop doing better.

The 26-year-old’s ability to break up play has been key to Chelsea’s hopes of winning the Premier League title this season, with the midfielder making 110 tackles and 72 interceptions.

“He is always working to improve his weaknesses and I hope he continues in this way,” Conte said in a news conference on Monday.

“The most important thing is for the player to give continuity of performance. N’Golo has been doing that last season and this season.

“He shows great ability to win the ball and also I think he has improved a lot with the ball. He is able to find the first pass in a vertical way and not only in a lateral way.”

League leaders Chelsea have an opportunity to provisionally extend the lead over Tottenham Hotspur to seven points when they host ninth-placed Southampton on Tuesday.

Defender Gary Cahill has recovered from illness but a final decision on his fitness will be made ahead of the kick-off on Tuesday.

“It is normal to check his condition and also I want to speak with him (Cahill) tomorrow,” Conte added.

“In this case, I will be very happy if he is able to play tomorrow but also I want to underline Ake’s performance. He played a very good game.”