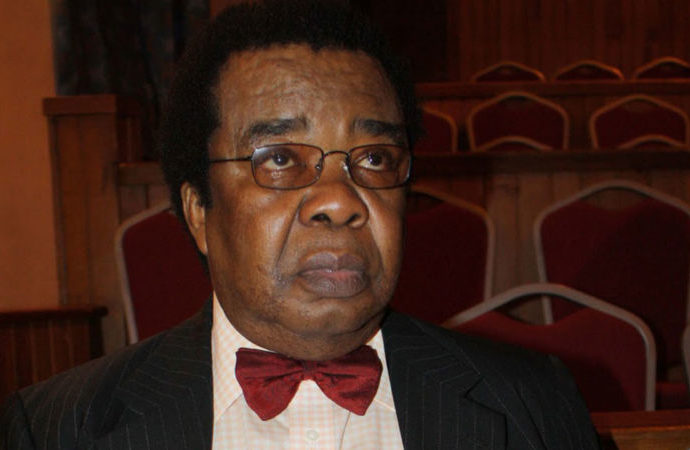 A former minister of external affairs, Prof. Bolaji Akinyemi, on Sunday warned that the report of the probe of the National Intelligence Agency, NIA, must not be made public, because of the security implications of doing so.

The ex-diplomat, in a statement issued on Sunday, highlighted what he considered some mistakes made by President Muhammadu Buhari while setting up a panel to investigate the N13bn recovered in local and foreign currencies by the Economic and Financial Crimes Commission, EFCC, from an Ikoyi apartment in Lagos.

Recall that the National Intelligence Agency, NIA, claimed ownership of the $43,449,947, £27,800 and N23, 218,000 seized by the EFCC from Osborne Towers, a luxury residential complex in Ikoyi, Lagos, said to be owned by ex-National Chairman of the Peoples Democratic Party, PDP, Mr. Adamu Muazu.

After suspending the NIA Director-General, Ayo Oke on April 19, Buhari set up a three-man committee headed by Vice-President Yemi Osinbajo, to investigate the allegations about the monies. Other members of the panel include the Attorney-General of the Federation, Abubakar Malami and the National Security Adviser, Babagana Monguno.

But Akinyemi believes that Buhari should have appointed someone with a history or experience in the operations of NIA as a member of the committee.

“When Ambassador Ayo Oke stepped forward to claim it on the part of the National Intelligence Agency, (NIA), alarm bells started to ring in my ears. It is one of the sacred traditions of the external intelligence trade to admit nothing and to deny nothing.

“A saving grace emerged when the president set up the Osinbajo panel to untangle the web over the millions of dollars. But the president inadvertently made a mistake.

“He did not appoint anyone with a history of external intelligence experience into the panel. External Intelligence operations do not belong to the same security genre as domestic security forces such as the SSS, EFCC and the police.

“Under no circumstances should the report of the panel in as far as it relates to the activities of the NIA be made public and no more leaks from the panel,” the elder statesman said.

HE warned that the exposure of the agency to the public could pose a serious threat to officers of the agency, noting that, “ normally, foreign intelligence activities are shrouded in secrecy, and not in the glare of publicity.”

The professor of political science also faulted the move of the house of representatives on the issue, highlighting the security implications. The international affairs expert stated that his press release was inspired by news that the green chamber has now decided to institute its own inquiry to this peculiar mess.

His words, “The ultimate penalty for a foreign spy in most countries is death. Countries go to incredible lengths to hide the identities of their agents both domestic and foreign and their operations. No receipts get issued. Budgets are called black budgets because they are never publicly acknowledged.

“Now, the whole saga has made us a laughing stock in the world. Nigerian agents strewn all across Africa are now in dread of being exposed. Recruiting agents in future in Africa is going to be difficult out of fear of future exposure.

“Under no circumstances should the national assembly be allowed to conduct hearings into the NIA affair. The Osinbajo panel Report could be shared secretly with the president of the senate and the speaker of the house.

“Should any NIA officer be found culpable, he or she should be quietly eased out. Putting a foreign intelligence officer on trial in an open court is going to be disastrous to external national security interests.

“If there is no provision to put an intelligence officer on trial in a secret and special court, an executive bill should be sent to the national assembly to make provision for such.

“Under no circumstances should one security agency be allowed to move against another security agency especially one dealing with foreign intelligence, without the express permission of the president or in his absence the acting president. This should be without any publicity or fanfare.”

NIA probe report shouldn’t be made public under any circumstance – Prof Bolaji Akinyemi was last modified: April 30th, 2017 by Arinze Ago

Sule Lamido to remain in our custody for investigation – Police