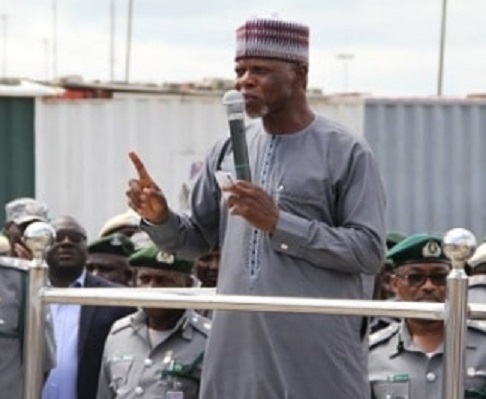 The comptroller-general of the Nigeria Customs Service (NCS), Hameed Ali, says Nigeria has been subsidising petrol for neighbouring countries.

Ali made this known on Tuesday at a budget-defence meeting of a house of representatives committee.

He said the service decided to halt the petrol supply to border communities to curb the smuggling of the product to neighbouring countries.

Ali alleged that some fuel stations situated around the borders were diverting petrol to other countries and selling at exorbitant prices.

“They get approval to discharge the product legitimately in the day but at night, siphon it out. This has been going on for a long time,” he said.

“Now, we have restricted supply to 20km before the border. Let’s monitor the outflow. We want to know where the outflow is coming from.

“Petrol is sold at N395/litre but they buy from Nigeria at less than N145/litre.

“With this border closure, it has jumped to N600/litre. Meaning, we are the one subsidising petrol for neighbouring countries. So, marketers are making a kill. It’s attractive to take petrol out and sell there.”

But the house of representatives during its plenary session asked the customs to lift the ban because it is having adverse effects on Nigerians, especially those in border communities.