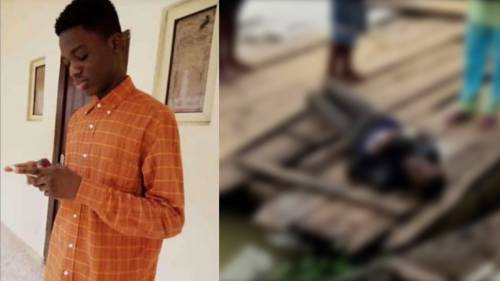 According to reports, Uzakah Timi Ebiweni, took a plunge into a river close to the university campus, Amassoma located in the Southern Ijaw area council of the state after failing his examination.

About 50 students, out of the 169 who sat for the  Bachelor of Medicine, Bachelor of Surgery (MBBS) exam, failed the examination.

SaharaReporters contacted the police public relations officer in the state, SP. Asinim Butswat, who confirmed the incident but said there was no official report yet.

Ndoni Ingezi, public relations officer of the university who spoke to SaharaReporters said: “Eniweni took his own life after news that he was part of 22 students shortlisted to be withdrawn from the college came out.

“You know it is a general practice that every student pass the Bachelor of Medicine, Bachelor of Surgery (MBBS) exams before progressing to the next level of academic pursuit.

“But Ebiweni and 21 others failed beyond the level that they could be placed on academic probation for another academic year so they had to be withdrawn.

“So in their usual practice, they do not break the news to the student until they are invited for counselling.

“When Ebiweni was counseled and informed about the fact that he will be withdrawn from college, on that day, he accepted the decision of the college in good fate and left.

“Only to for the University to hear afterwards that the young man took his own life.

“His body has however been recovered and deposited at the Sabageria mortuary.”

Nigeria loses another young boy to suicide was last modified: May 21st, 2019 by Reporter