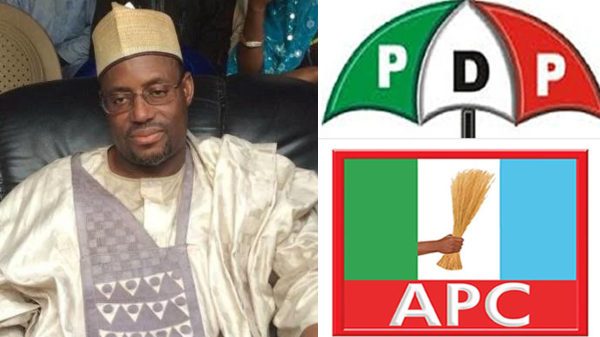 The Nigerian ambassador to South Africa, Ahmed Ibeto, has reportedly resigned his appointment and defected from the All Progressives Congress (APC) to the Peoples Democratic Party (PDP).

According to PUNCH, Ibeto has submitted his letter of resignation at the ministry of external affairs in Abuja.

Ibeto, who was deputy governor of Niger state for eight years, was said to have arrived Nigeria from Pretoria on Sunday, to commence preparations for the 2019 election.

The newspaper quoted sources as saying he would formalise his return to the PDP at Ibeto, his village, and then join the governorship race in Niger immediately.

The former ambassador was a member of the PDP until the primary election of the party in November 2014, where he lost the governorship ticket to Umar Nasko, former chief of staff to Babangida Aliyu, a former governor.

He resigned his membership of the PDP along with thousands of his supporters after complaining about “the injustice” melted to him by the then ruling party.

In 2016, President Muhammadu Buhari appointed him an ambassador and he was posted to South Africa.

How To Manage Being Distracted In Life