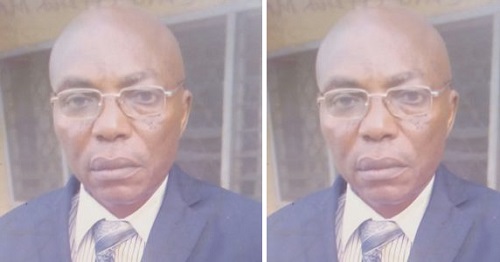 Police in Indianapolis, the capital of Indiana in the United States has launched a manhunt for the killer of a Nigerian pastor, Oluwadayomisi Epenusi.

The 66-year-old Nigerian was shot to death at the weekend at an apartment complex near 10th Street and I-465 on the city’s west side.

Friends and neighbors said  Epenusi, had only recently moved to Indiana from Nigeria where he worked as a pastor.

“I heard about 15 gunshots. It was nuts,” said neighbor Kristina Teague.

Teague called 911, but by the time police arrived the victim had run back to his apartment and a roommate then drove the bleeding man to Eskenazi Hospital where the 66-year-old died, unable to explain to his roommate what led up to the shooting.

“The roommate said when he was on the way he asked him what happened and why he got shot, but the man couldn’t say nothing because he was still in pain,” said Moshood Kafaru.

Kafaru moved to the United States from Nigeria , as did the victim who worked as a pastor.

“He was just a nice person who would go to work and come home and go to church. He didn’t talk to nobody. He never bothered nobody,” said Kafaru.

Police don’t know for sure, but Kafaru believes the violence started as a robbery.

“He was holding a purse. He refused to let it go. They thought he had money in the purse, but he didn’t want to let it go,” said Kafaru.

A large group of Nigerians live in the apartment complex and those that knew Epenusi say he had been working hard to help his kids to move to the United States.

“They just got a visa. Thats why he was working, so his family can come over here,” said Kafaru. “He was just an innocent man and it just upsets me that he’s gone just like that.”

“It’s really sad because he was here sending money to his family,” said Teague.

Police have  asked people with information to contact Crime Stoppers at 317-262-TIPS.

Nigerian pastor shot dead in US was last modified: May 23rd, 2017 by Reporter