Nigerians Are Frustrated And Are At Breaking Point – Falz 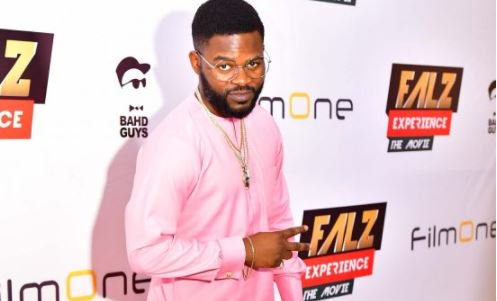 Nigerian rap artiste and actor, Folarin Falana, popularly known as Falz, says Nigerians are frustrated with the problems faced by the country and are getting to their breaking point.

Falz said in an interview with Africa’s Finest, a magazine published by Guaranty Trust Bank, that social consciousness is part of his brand.

“Everyone has a breaking point and I think Nigerians are getting to that point – we’re quite frustrated with the millions of problems we’ve been facing.

Describing an apathy towards political issues among the youth, Falz said Nigerians can’t afford that mindset if they want the country’s development.

“There is a serious need to eradicate apathy, especially with the youth. When you talk about politics, a lot of young folks could care less
but I feel that if we all want to see that Nigeria that we dream of, the one with a bright future, then we can’t afford to have that sort of mindset,” the University of Reading trained lawyer said.

“People usually steer clear of these topics because they’re quite sensitive issues and they want to be careful. However, I feel it is important to talk about them because if we don’t, we’re just going to keep sweeping the dirt under the carpet.

“We need to talk about these things in order to let the culprits know that they’re actions are unacceptable and that there are consequences.”

Nigerians Are Frustrated And Are At Breaking Point – Falz was last modified: November 16th, 2018 by Damilare Salami