Home News Nigerians are being unfair to me – President Buhari
News 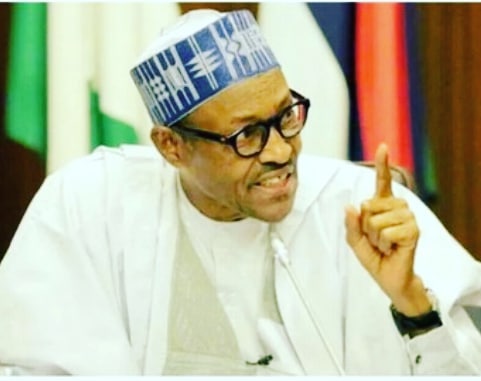 President Muhammadu Buhari has refluted the claims that he is not taking decisive actions in combating the fulani herdsmen crisis in benue and other states.

The President assured, that security operatives will ensure prosecution of perpetrators and all those found with illegal arms in the affected areas.

The President, further said he is doing his best to ensure the killer-herdsmen are brought to book, adding that it is unfair for Nigerians to think that he just sits in an air-conditioned office and watch the killings go on.

Buhari has been accused of being lackadaisical in handling the herdsmen crisis, which has so far claimed over 100 lives.

The President was also criticised for failing to visit Benue where over 70 persons were massacred by the herdsmen.

Speaking when he received some Catholic bishops at the presidential villa in Abuja on Thursday, February 8, 2018, President Buhari condemned the killings in Benue, Adamawa, Taraba, and Zamfara states.

He also assured that security operatives will ensure prosecution of perpetrators and all those found with illegal arms in the affected areas.

He said, “The impression created that I was sitting in an air-conditioned office and home, enjoying myself while these things happened, is dishonest.

“At every step, I have tried to foresee these problems because I have the experience as a former military officer who commanded three out of the four divisions of the Nigerian army, in Lagos, Ibadan and Jos.

“I am quite aware of the problems we have and I am doing my best to get law enforcement agencies to be on alert.

The President also clarified the controversial ‘grazing colony’ policy of the Federal Government aimed at resolving the herdsmen crisis, saying that it is not meant to colonise any part of the country.

The President said the intention of government is to create grazing locations for cattle rearers, which has now been “misconstrued as another form of colonization”.

The President promised the Catholic Bishops that the government will continue to explore all opportunities and support initiatives to ensure peace and stability in restive areas.

Nigerians are being unfair to me – President Buhari was last modified: February 9th, 2018 by Igbokwe John