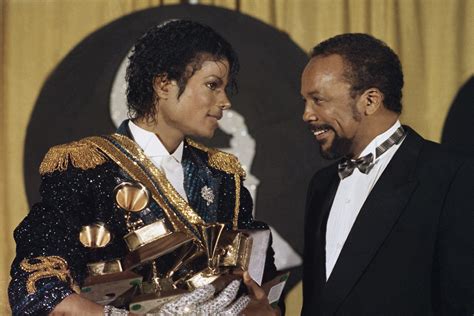 A legendary American record producer and composer, Quincy Jones, has accused the late King of Pop, Michael Jackson of stealing “a lot of songs”.

This was revealed in a tell-all interview with Vulture Magazine, where Jones also described The Beatles as being “the worst musicians in the world” and claimed that he dated Ivanka Trump, daughter of US President Donald Trump.

“I know too much, man,” the 84-year-old multi-instrumentalist said.

“Greedy, man. Greedy. “Don’t Stop ’Til You Get Enough” — Greg Phillinganes wrote the c section. Michael should’ve given him 10 percent of the song. Wouldn’t do it.”

Jackson’s sixth studio album, Off the Wall, was produced by Jones. The pair worked together on 30 songs, nine of which were included on the album.

Although he criticised modern music, he praised the likes of Bruno Mars, Chance the Rapper, Kendrick Lamar, Common, Ludacris and Jennifer Hudson.

Elaborating on his relationship with Trump’s daughter, he said: “I used to date Ivanka, you know.

“Twelve years ago. Tommy Hilfiger, who was working with my daughter Kidada, said, ‘Ivanka wants to have dinner with you’. I said, ‘No problem. She’s a fine motherf–––er. She had the most beautiful legs I ever saw in my life. Wrong father, though.”

Jones also revealed to the interviewer that he has 22 girlfriends.

The women, he said, know about each other.

Quincy Jones added that the ages of his girlfriends range between 28 and 42.

The music legend’s life will be chronicled in an upcoming Netflix documentary.

How I Coped With The COVID-19 Lockdown...