No, DAVIDO Is Not The Father Of Her Baby – DAVIDO’s Manager, ASA ASIKA Replies 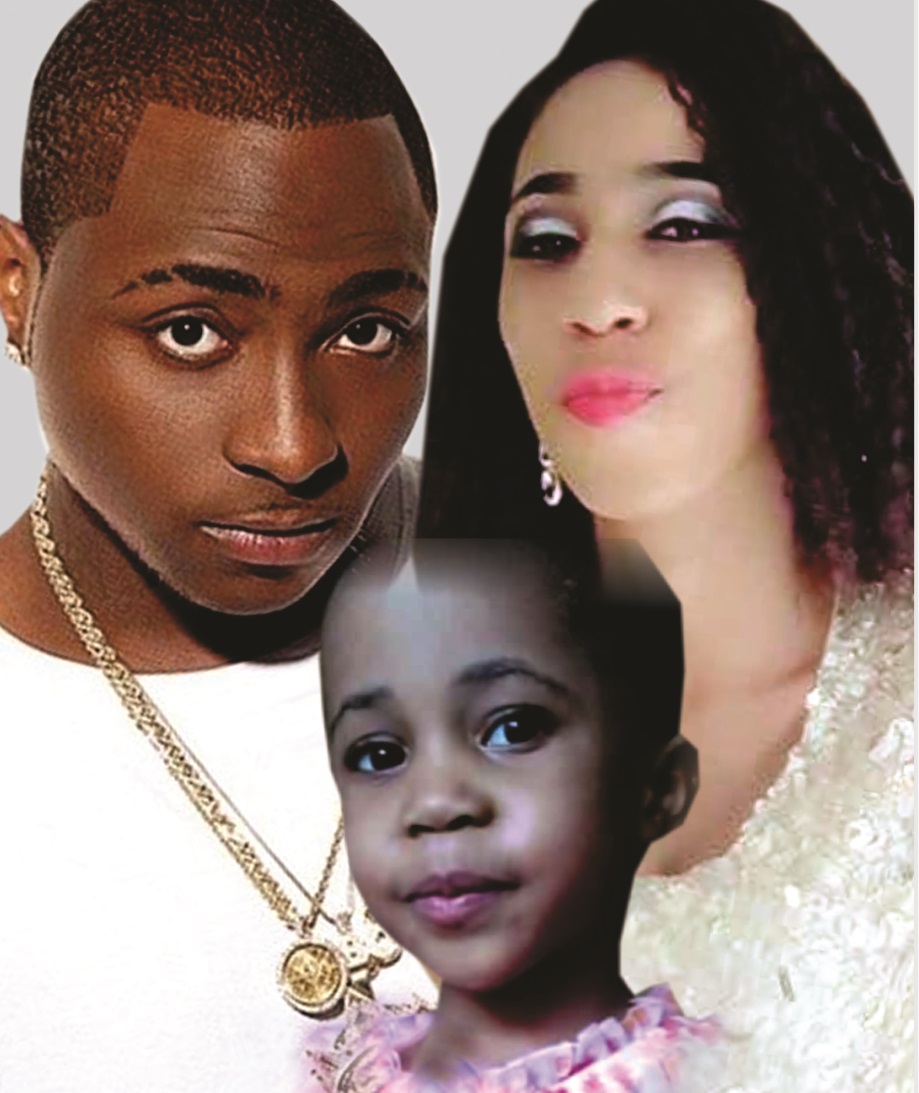 In a recent chat with Punch newspaper, the singer’s manager, Asa Asika restated Davido’s claims that he had never met the woman prior to her showing up to their home with a baby daughter. And Asika added that the singer will never go through another paternity test.

“Davido is not the father of the baby,” Asa Asika explained, adding, “He is not going for another DNA test, after all, a test was conducted and it turned out negative. DNA tests are never wrong.”

Recall that the story of the alleged 3rd child surfaced a few days back, after Ayotomide’s family publicly called out the singer for abandoning his child.

Ayotomide says he met Davido in Ibadan and they had a brief affair and stayed in touch, but he cut her off after she announced her pregnancy. He allegedly reached out to her again but blocked her off his contact list yet again, this time because she was demanding child welfare.

A few days back, photos of Ayotomide Labinjo, the lady alleged to be Davido’s 3rd babymama surfaced in the media. Ayotomide is alleged to be the mother of Davido’s 3 year old daughter. This  has sparked controversy on social media.

Apart from the Punch story, City People also had an exclusive interview with Ayotomide and her mum and they disclosed that she met the Nigerian singer at an Ibadan club in February of 2013. They had a brief affair which fell apart after she told him she was pregnant.

“When I told him I was pregnant at the end of March 2013, he said I should keep it but the following morning, he blocked me from his Blackberry Messenger list. I could not reach him throughout the period I was pregnant. On each of the days we met in Ibadan, he had a police and three body guards with him.

“On the day the baby girl was being named, he added me again on his BBM and I sent him her pictures. He asked me what I wanted and I told him that he should take up the responsibility of the child. But he blocked me from his contact list again the next morning. We named the baby Aanuoluwapo but he preferred to call her Vero and anytime I asked for anything, he would embarrass me.” Ayotomide’s family contacted Davido’s family. A paternity test was conducted and the result returned Negative. But Ayotomide said she suspects foul play in the test.

A copy of the test carried out at Clina-Lancet Laboratories, Babatunde Jose Street, Victoria Island, Lagos on September 2, 2014, showed that Davido was ‘excluded’ from being the biological father of the child. However, Labinjo disputed the result. She alleged she saw Davido giving a ‘big’ envelope containing lots of money to one Alex Sogbola who conducted the test when she entered his office, alleging that the technologist was induced or compromised.” Confirming the story, Ayotomide’s mother said she went extra miles to investigate why the result returned Negative. She alleged that she went to Lagos with her daughter to see Davido’s father, Adedeji Adeleke, in respect of the DNA test. According to her, the meeting was arranged after series of attempts to meet the Adelekes and following the involvement of her family lawyer. She added that her husband, a Professor of Sociology at the University of Ibadan, died 16 years ago, leaving her and 2 children behind. She said:

“I wrote a letter to Davido’s father but there was no reply until our lawyer wrote to him. When he called me, I explained what happened between my daughter and his son and he arranged for the DNA. He said his son told him that he did not know my daughter. “He later sent his driver to Ibadan to bring us to Lagos for the test. After meeting him, he told the driver to take us to Davido’s house. We met him and his brother Wale, his cousins B.Red and Shina. Shina told him he would not be a party to this (paternity tussle).

“From there, we went to a hospital, Davido was in another car. I was suspicious of the whole set up because there was no indication that the facility could handle DNA Test. My daughter was called upstairs with Davido and the child. My daughter was left outside a door but out of curiosity, she opened the door and saw Davido giving lots of money to the doctor after his father had already paid for the DNA Test.

“Davido and the baby’s blood samples were only taken so I asked the doctor why he did not take that of my daughter because Davido’s father had told me that he paid for the 3 people at N65,000 each. They asked us to come back after two weeks but the result came out after 7 days. Davido’s father sent a car to bring us to Lagos again for the result. Davido had left the country then. The result showed that Davido was not the father but my findings after that showed that only blood test was carried out and not DNA test.”

The widow said having lived in London before and having done DNA test before, she was sure that the test carried out was not a DNA. She said he had told Davido’s father that when she has the money, she would go to a government hospital to conduct another DNA.

“I have written Chief Adeleke to do me a favour by presenting Davido on the day of the test. From what I know, hair sample or saliva swab and not only blood sample are used for DNA test,” she said.

The Punch newspaper in its report alleged that when it paid a visit to Clina-Lancet Laboratories and had a chat with Sogbola, the young man said he remembered the case and the test result was Genuine. He said it would be quite impossible for him to be dubious with a DNA result as the samples were taken to their South African branch for testing.

Sogbola said that he had handled all Davido’s DNA tests and so far, he has never had any problems. He also denied ever collecting any money from the music star.

“I remember the case. If I should check the system, I am sure I would still have the details. We also have a sister company in South Africa where the blood samples were tested and if you go to South Africa, you would get the exact same result we gave her here in Nigeria. I have every record and if I bring my records out, I would show you the picture of the lady when she came, the baby’s picture and Davido’s own as well. I remember the lady’s mother.

They came in from Ibadan and the samples were not taken here. It was done in Verdic Hospital in Lekki. They paid for home service so I had to go and take the sample from Verdic Hospital. We gave the result out and the day it was out, I cannot remember if the lady was there but Davido’s father collected the result from me. I remember the girl said she was in school and I asked her where she met Davido but I could not keep asking questions because it was none of my business”.

He might have come for a show in her school and something happened between them. Even her mother’s ring tone then was Davido’s song. Even Davido’s father said that he had been investing some money on them but they should give him some time to get the DNA done so that they could take charge of the child. That was what he said. Before the test was conducted, the man had been sending money to them. He sent a car to pick them from Ibadan for the test.

The second DNA that was done for Davido’s baby, Imade, I also conducted the test. I can tell you that I have never collected any huge sum from Davido ever since I have come in contact with him. He has never given me even N2,000 despite the fact that he has money. I don’t know what the girl wants but if it is another DNA, then that is between her and Davido.

She can have a re-test anywhere else in the world. I am sure she has a copy of that result. Even if there is a foul play here, would I do it as well with the people in South Africa? If I do a foul play with any DNA result, it would not only affect us here in Nigeria but also our office in South Africa. So if they are suing us here, they are also suing our branch in South Africa.”

No, DAVIDO Is Not The Father Of Her Baby – DAVIDO’s Manager, ASA ASIKA Replies was last modified: March 26th, 2017 by City People

DAVIDO Is 100% The Father Of My Child, AANU – New Baby Mama AYOTOMIDE LABINJO Opens Up