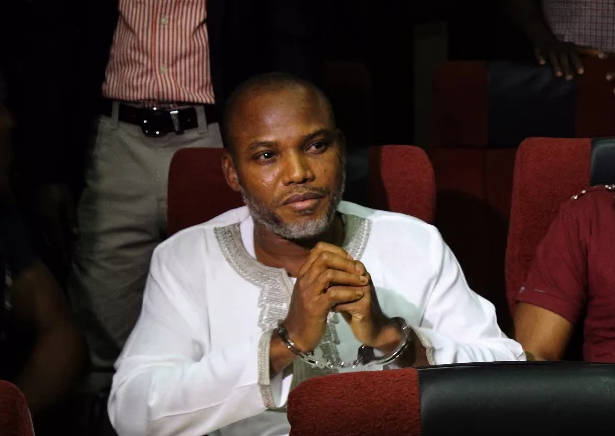 An Abuja Division of the Federal High Court has revoked the bail earlier granted to the leader of the Indigenous People of Biafra (IPOB), Nnamdi Kanu.

The court presided over by a judge, Binta Nyako, gave the order on Thursday and directed that a bench warrant should be issued for Mr Kanu’s arrest.

The court said it has given the order because Mr Kanu had failed to appear in court after his bail was granted in April 2017.

The court ruled that the trial must continue and directed that a fresh date for the continuation should be given by parties so that the matter will continue in Mr Kanu’s absence.

The case was adjourned till June 18.

Mr Kanu, a separatist leader calling for an independent Biafran country, jumped bail when he escaped out of the country.

He has since appeared in several videos online criticising Nigerian leaders and government.