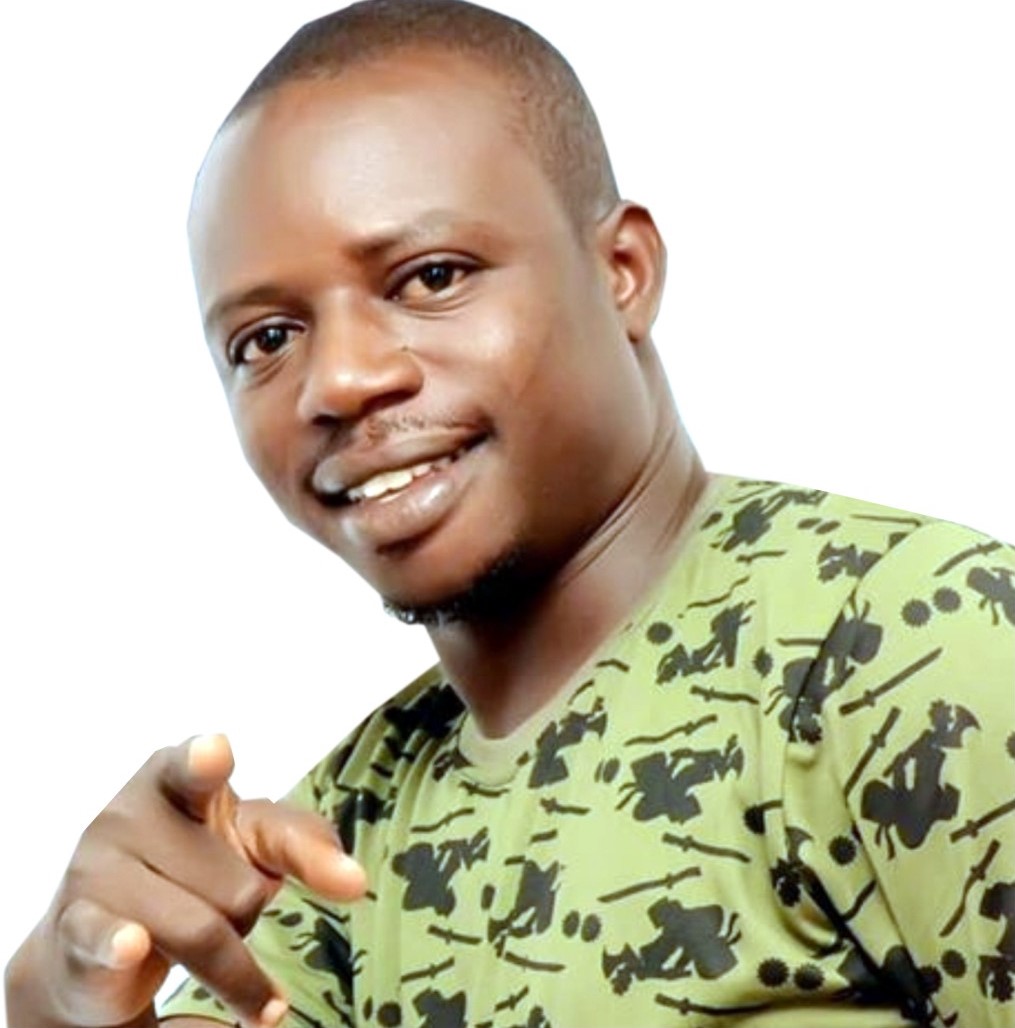 Okele is a popular comic Nollywood actor in the Yoruba movie industry, his real name is Tunde Usman. He has been acting for over 20 years and he is famous for his comic character in Yoruba movies.

One of his close pale in the Yoruba movie industry is Muyideen Oladapo popularly known as Lala, they have been together for years and they support and encourage each other through thick and thin.

Tunde Usman has been popular with the name “Okele” even before he produced his own movie. He is not just an actor, he is a movie producer and also an MC and he is so good at what he does.

Okele is one of the few comic actors making waves in the industry. Some few days ago, he spoke with City People Society Reporter, TOYIN OGUNDANA, on how he got his stage name “Okele how he has been acting for over 20 years.

We want you to take us through your journey into the industry, how did you start acting?

It is a very long story but to cut it short, I started acting through a man called Amuda, I was a electronics technician then just like the man too and he was also into acting. He used to come to my boss’ shop and whenever he is leaving, he will tell us he is going for rehearsal. I went to him one day and told him I am also interested in acting, that was 1994/1995. He formed his own caucus and I joined, that was how I started.

Within a short period, there were issues and some couldn’t continue. And even the Bible says, many are called but few are chosen, so, because of my love and passion for acting, I decided to join another caucus at Surulere, the group is named Triple A. We had 3 ladies then, I guess that is why they named it Triple A. After a while, we all went our separate ways. Later, I and some of my friends gathered ourselves and we decided to start shooting series that were shown on T.V. weekly. Where I was living then, there was one Alhaji that also lived in that house, he used to work with LTV, I approached him and hold him about all the series we did, just like the series Baba Suwe & Co. used to do back then.

He said we should bring like 10 episodes. As were shooting those series, I came in contact with Muyideen Oladapo who is popularly known as Lala and we came together.

How many years precisely have you been acting?

Is it right to say that Lala boosted your acting career?

Yes, although I have been in the movie industry before I met him but I can say, meeting him boosted my acting career.

Which movie made you popular?

I can’t say because they were many and even before I produced my own movie, people had been calling me “Okele”.

Why do people call you Okele?

Okele is a stage name.

How did you get that stage name?

Like I said, earlier, I started acting through someone called Amuda, there was a day, we wanted to shoot a movie, I was given the role of the king’s guards, my name in that movie was Okele, that was how I got the name. Right from the location, people started calling me Okele, they stopped calling me my real name.

Tell us a bit about your background?

I am from Kwara State, I left Ilorin when I graduated from Primary School. I came to Lagos and that was how the struggle started, while I was struggling to make ends meet, I decided to learn a vocation and I chose repair of electronics, it was that work that led to my decision to start acting.

And that is how life is; one thing will lead to the other before you get to your final destination.

Did you face challenges in the course of doing your job?

I have faced so many challenges. At some point, I decided to quit the job because then, when people ask me to help them repair their radio, I will use the money as my transport fare to location and when I come back, I will be left with no money. And don’t forget that I still have to get materials I will need to repair the radios I collected from people, those things were really affecting me and I decided to quit but Lala (Muyideen Oladapo) stopped me from quitting. He will always encourage me not to give up so easily.

Are you working on any project?

Yes, my project that is out now is Ole Ngbadun, it is on Youtube.

Everybody knows you to be a comic actor, where do you get the inspiration to do all those comedy?

It is the grace of God. As for me, acting is in the blood, anything one is doing, when you are consistent and you are not lazy with it, you will get there.

Have you ever had any regret being an actor?

Yes of course, the most embarrassing one is the way some people react when they meet you, Some might even want to tear your cloth and it is not every time that we are always in a good mood, but fans don’t want to understand that.

People believe most celebrities can’t keep their home, what is your take on that?

Well, it depends on how you start your relationship and of course, it is not only celebrities that experience that, it happens everywhere, it is because we are stars that is why it is very obvious but mine is not like that.

My marriage is still very young, in fact, my wife just gave birth.

How I Got My Stage Name, OKELE – Popular Comic Actor, TUNDE USMAN was last modified: March 28th, 2019 by Toyin Ogundiya