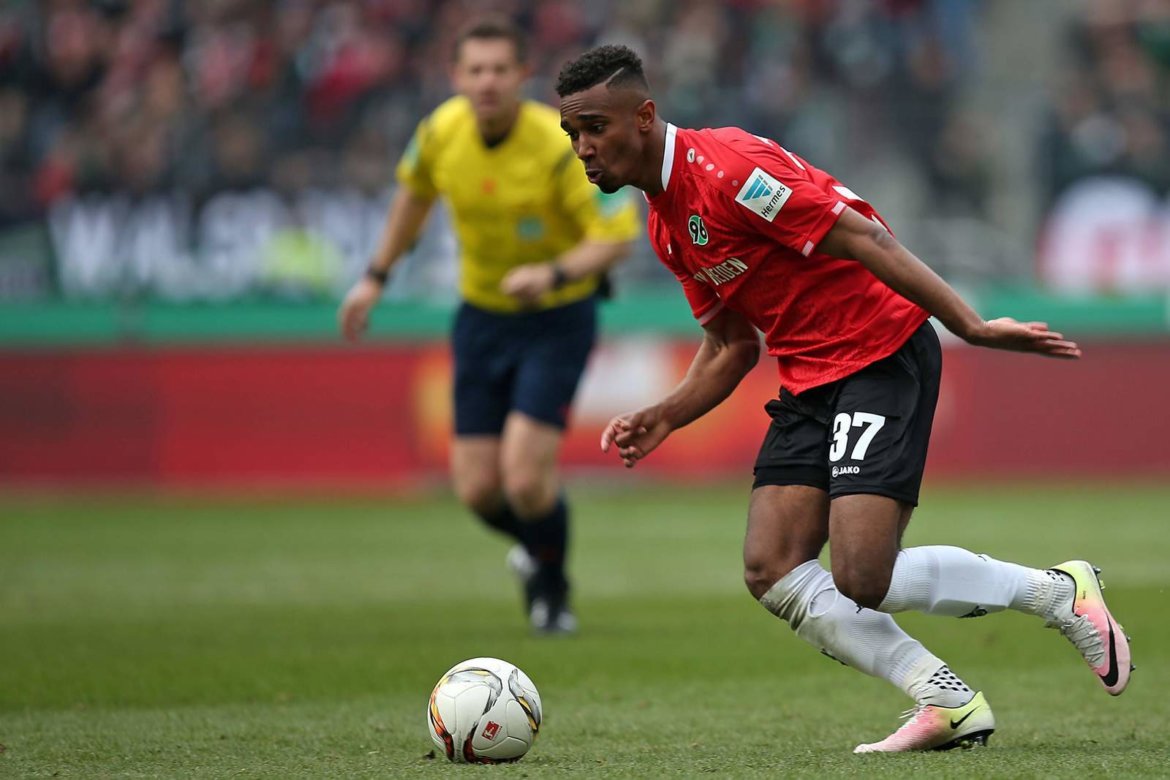 World football governing body, Fifa, has cleared the air regarding the eligibility of Hannover striker Noah Joel Sarenren Bazee to feature for Nigeria in the upcoming international friendly matches against Senegal and Burkina Faso.
A Nigeria Football Federation international expert earlier insisted that the German-born whiz-kid will play against the West African opponents with or without an international passport.
When asked about the possibility of Noah Bazee representing the Super Eagles without an international passport, Fifa brought out its rule book, Regulations Governing The Application of the Statutes, stating : “Any person holding a permanent nationality that is not dependent on residence in a certain Country is eligible to play for the representative teams of the Association of that Country.
“With the exception of the conditions specified in article 8 below, any Player who has already participated in a match (either in full or in part) in an Official Competition of any category or any type of football for one Association may not play an international match for a representative team of another Association.
” Lower Saxony-born Noah Joel Sarenren Bazee has no caps for Germany at any level, and it is believed he can represent Nigeria in international games if he obtains a Nigerian passport.