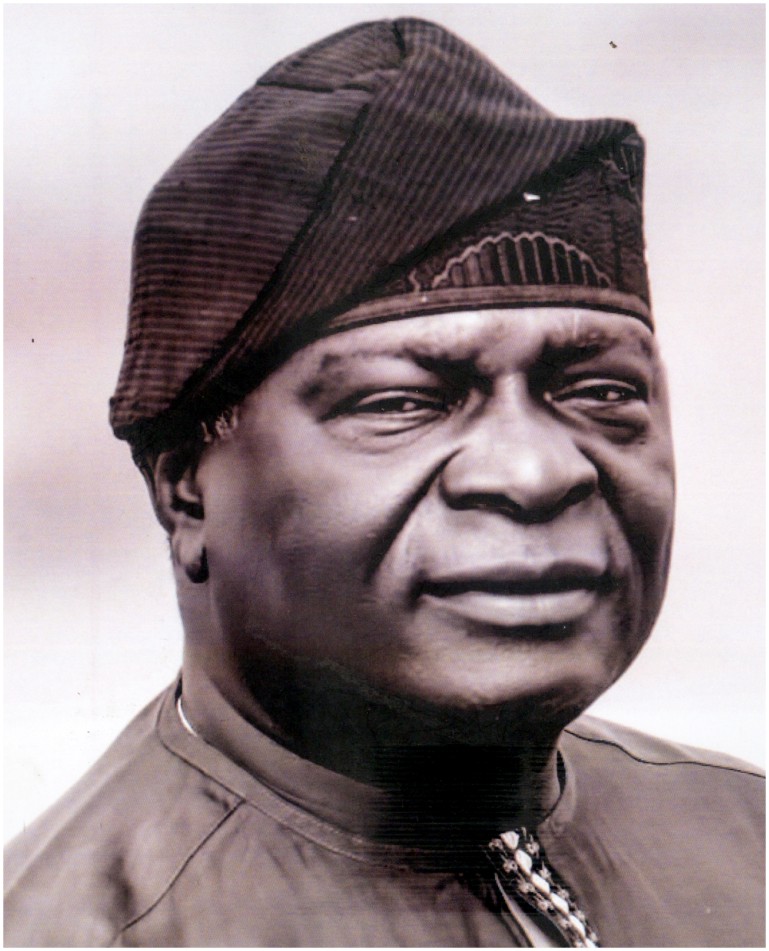 “I write, with heartfelt delight, to felicitate with you on the occasion of you 70th birthday anniversary which comes up on Wednesday, February 3, 2021.

I join your family, associates, friends and well-wishers to give glory to the almighty for your eventful and inspiring career as a  soldier, lawyer and politician, all these many years.

In the Nigerian Army, you distinguished yourself as a  gallant soldier, a thoroughbred officer and a patriot. You have epitomized the finest attributes of the Army in your career and service to your community, stats, nation and the continent.

It is instructive that after a distinguished military career which spanned three decades and during which you held major command appointments, you copied to venture into taking your constitutional position in our nation’s polity. As a politician, you have demonstrated a keen interest in socio-political developments in our country, amply evidenced by the fact that you were one of the founding members of the People’s Democratic Party, PDP subsequently, a democratically-elected Governor of Osun State between 2003 and 2010. Indeed, your life has been a practical demonstration of patriotism, professionalism, commitment and diligence in public service. You will be recorded by history as a Nigerian who almost embodies all the high points of our national achievements, and one of the very rare breeds of citizens who have combined total dedication, commitment and excellence in all national endeavours they have engaged in.

I am happy to note that, since you left office as the Governor of Osun State, you have continued to apply yourself rigorously in the service of our fatherland through your wise counsel, expertise and experience towards ensuring good governance, peace, security, stability, unity, wholesomeness, social cohesion, cooperation, economic growth and progress in our dear country.

Let me also place on record my personal appreciation to you for the intimate rapport you have established with me and members of my family. I have found comfort, delight and satisfaction in sharing with you my vision and mission for our dear country and the challenges of lifting the nation up to greater heights. You have been a very dependable and loyal comrade with integrity in whom I have considerable confidence. In the traditional Nigerian sense, you have become a member of my family and one of my own.

My dear Oyin, I wish you God’s manifold blessings as you commemorate your birthday and pray for good health and divine strength in the year ahead.

OLUSEGUN OBASANJO THE PRINCE FROM OKUKU: A TRIBUTE

“The supreme quality for leadership is unquestionably integrity. Without it, no real success is possible, no matter whether it is on a section gang, a football field, in an army, or in an office.” Dwight Eisenhower, 34th President ofthe United States, and former General of the Army” The nobility of “Oyin’s” birth was not in doubt when he enlisted in the army in 1969 when the civil war had reached a crescendo. I was nursing injuries I received in the heat of the war, bullet wounds,

and sharpnellodged in my lungs, in May 1969 when the Army authority were recruiting soldiers to pep up the combat. Oyinlola happened to be one of them and later became one of my students in the armoured corps. He was tutored in the typical African tradition; respect for elders, well-behaved, dutiful, blunt but honest, diligent and above all, creative. He carried his respect like a second nature and followed through his conduct in those formative years with an eye on excellence. His gait and gaze conveys the impression of a man who has an eye for details. The military is one institution that brings you closer to the dynamics that ennobles our collective destiny as a nation. You interact with intakes from diverse background and socio-political milieu. From his carriage and conduct, you could predict his nobility. From the confidence he exuded in his early years in the military, you could predict his brilliance. From his interactions, you could discover his sense of communalism. From his dedication to duty, you are easily at home with a man who knew what he desired in the military. Even as a young officer, his devotion to tasks and given responsibilities, spoke volume about a man who dreads failure. He has a gift of the garb, driven by passion and patriotism. His sense of loyalty was palpable. He is a man of his words, neither motivated by crass materialism nor insatiable appetite for self-aggrandizement.

When I was privileged to be his tutor as a young cadet, his sterling qualities easily exposed him among his fellow young cadets. He was bold and courageous. He was self motivated and displayed an uncommon knack for quintessence and excellence. As his boss later in life, he showed the nobility of his birth in his loyalty to any cause. A gentleman officer driven by his convictions, Oyin can be stubborn to a fault, once he is convinced about his disposition. Even, when tradition requires him to obey before complain, his initial conviction would still occupy a place in his heart. He’s not one to be intimidated by superior officer’s command, but his sense of obedience is one you cannot fault. The military life has its own peculiarity.

It’s a delicate balance especially in those years, when coup d’etats were fashionable in Africa. It was an era when loyalty, bravery, patriotism, courage, boldness, smartness, and convictions were harvested like essential attributes to bring minds together for a common cause. Moving from barracks to barracks, building families, sustaining friendships, driven by a patriotic call, we struggled through the trenches, fighting wars of unification, to keep the union and build a nation. This is why most soldiers and military officers who fought in the civil war, often feel nostalgic when discussions about the unity of Nigeria take the front burner. We ought to have moved forward by exploring our potentials and drawing from our strength as a nation blessed with great men and women.

Just like the saying that “it is not the age that makes you mature but the responsibility that comes with it”, Oyin came into the military already mature with ideas, intellect, solid character, and brilliance. His demeanor is one that stimulates his audience and attracts a lot of his contemporaries. As a team player, he understands the nexus that connects people, in the world of work, in a profession that takes you round the country. At 70, Oyin has come of age, having served his fatherland as a troop leader, Battalion Leader, Battalion Commander, Brigade Commander, Military Administrator, Acting General Officer Commanding and also as a democratically elected Governor of Osun State. When he clocked 60, a decade ago, I had the rare privilege to attend his ceremony at Okuku, his ancestral home, in Osun State and I could feel the aura of a man who is very much at home with his people. Aside from being a Prince from Okuku, his deep knowledge of the cultures and traditions of the people goes beyond the ordinary. He speaks in deep parables, nurtures Yoruba Language with perfunctory ease, invests his time and resources in yoruba historical heritage with affectionate warmth and connects to everyone irrespective of race and creed, with ecclesiastical presence.

According to Dave Grossman, speaking on the Psychology and Physiology of deadly combat; “the bravest are surely those who have the clearest vision of what is before them, glory and danger alike, and yet notwithstanding, go out to meet it”. This is the archetypal representation of Oyinlola’s mind and persona in his trajectory in life, from military to democracy. He is neither afraid of struggle nor intimidated by the size of his responsibility. As a man who is meticulous to the hilt, he knows how to drive his narrative and reach an unassailable conclusion. One quality that endeared him to me has always been his stubbornness to his ideals, character and convictions; he may be persuaded by your point of view, but he won’t be carried away by it. All these ingredients he brought to bear when I had the opportunity to serve the country as Military President. He was not just a loyal officer, the quality of his advice and counsel helped to shape the direction of government in policy formulation and implementation. He is a gentleman officer who is very conscious of his place in history and never shies away from reminding us all.

At 70, Oyin has become the wise one. It is a rare opportunity to say thank you for being there for me. It is a privilege to be associated with a man like you who is not only reliable, dependable but who can take bullets on my behalf. Those wonderful moments we shared, in our commitment to make Nigeria a better place, remain evergreen in my heart of hearts. They are moments that continue to factorise all the equations that keep nurturing my belief about our fatherland. Aside from being a Prince of value and virtue, your uncanny ability to say it as it is, places you above your contemporaries in our journey through life’s bramble forest.

Let me, therefore, convey my felicitations to you on behalf of Aisha, Muha, Aminu and Halima on this special day of your birthday celebration at 70. May the almighty God continue to multiply your wisdom, your diplomacy, your understanding of the intricate logic of the Nigerian federation, with good health and a sound mind. May you age gracefully to the glory of God and humanity.