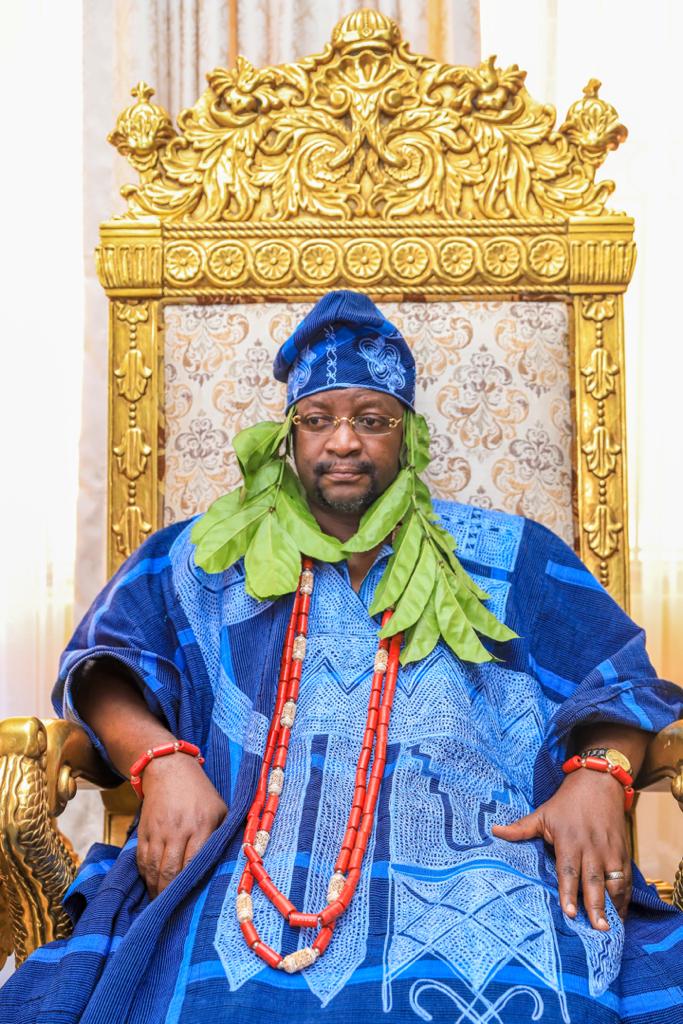 It was all pump and pageantry on Thursday March 11th in the historic city of Ogbomosho land as the Minister of Youth and Sports Development Mr. *Sunday Dare* was installed as the Agbaakin of Ogbomosholand by the Soun of Ogbomosho Oba *Jimoh Oyedunni Oyewumi Ajagungbade* 111.

The honour is in recognition of *Dare’s* giant strides in the development Ogbomosoland and the country at large which has seen him renovate the Soun Stadium, Trainned 40 coaches, facilitated the Building of the hospital at Pakiotan, facilitate the release of take off grant for the Federal Polytechnic Ayede and donation of an 18 seater bus to the newly established Federal institution, vocational training for more than 200 youths, rehabilitation of the Taki roundabout, donation of laptops to Lautec among others.

The title was bestowed on the Minister by the Soun of Ogbomosho land on November 20th 2020, but the official coronation was delayed due to the Minister’s busy schedule.Speaking during the ceremony, the Monarch said
“The title of Agbaakin is one of the highest title confered on any courageous, hardworking, dedicated and prominent son of Ogbomosho that has done alot to the development of our town.

The important role of Dare in Ogbomosoland and Nigeria in general canot be undermined. His giant strides in Youth Empowerment, provision of infrastructure, sports Development canot be be over emphasized.

He is a true son of the soil and a worthy Nigerian in whom we are all pleased. I hereby confer this title on you for your outstanding performance”.

Dare said he was humbled by the title, assuring that it would spur him to do more.Meanwhile, members of the Ogbomosho Descendants Development Association have congratulated the Minister on his well deserved honourA statement by the Chairman of the Association, Air Commodore Jacob Adigun,rtd said,

” On behalf of all Ogbomosho Descendants home and abroad, we congratulate our Minister on this well deserved honour. We believe this would encourage you to serve our great town, Oyo State and Nigeria better”
Ogbomosho agog as Youth and Sports Minister installed Agbaakin of Ogbomosho was last modified: March 15th, 2021 by Reporter