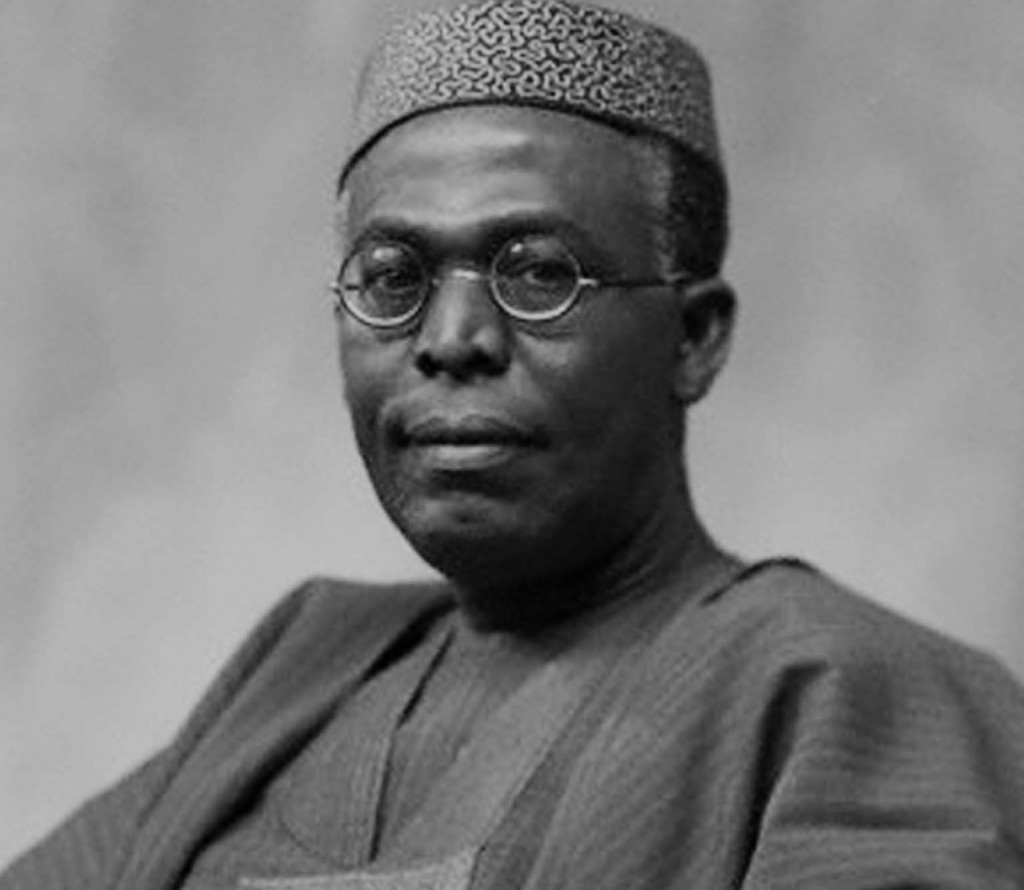 Immediately Chief Awolowo and 27 others were wrongly accused of treasonable felony against the mere geographical expression called Nigeria, many of his political opponents mocked him and celebrated the victory of his incarceration on May 29th, 1962.

The Nigerian Prime Minister and member of Northern Peoples Congress was quoted ‘ one would not believe that one of the Nigerian Founding fathers is trying to bring down the house built by him.’

Akintola (Awo’s deputy leader in Action Group) was on top of the world for disgracing his benefactor and mentor. He, Maja and others forget nothing last forever.

It’s was at this period, Ogunde the playwright, was invited to stage a play for the Western Region’s Government under Chief Ladoke Akintola. He came and shocked his crowd with YORUBA RONU, what I termed ‘prophesy of a future to come’.

Airing the opera, Akintola and his boys angrily moved out of the hall. And for such insult, Ogunde Theater was banned in Western Region. The Group became very broke and Ogunde was in a tight corner feeding his large family and paying salaries of his staff.

Well, this penalty won’t change the prophesy of a doomsday rapped in a fine linen of Yoruba Ronu.

What happened? Ogunde lampooned Akintola’s government in Yoruba Ronu. He told a story of a king called Fiwagboye, who was betrayed by his deputy ‘Ikeji Oye’, just for mere jealousy and greed.

According to Ogunde in Yoruba Ronu, Ikeji Oye sold Yorubaland to ‘Yeye Iloba’ what’s at the time synonymous to the ‘Hausa Fulani Tribe’of Nigeria. Then, Oba Fiwagboye was captured after Ikeji Oye exposed his ‘Opa agbara ’ (staff of authority) to his enemies in Iloba. He became a slave (synonym to Chief Awolowo’s incarceration), then, everything became so bad for Yorubaland since the powerful king has been captured.

Then, Ikeji Oye couldn’t be made a king. The Yorubas formed a team of Army after sometimes and rescued Oba Fiwagboye backed to the throne of his forefathers. Ikeji Oye was banished from Yorubaland. And everything lost was regained in triple folds by the Yorubas and Oba Fiwagboye.

Ogunde used his creativity to put the people of Western Region in suspense. He metaphorically used banished to represent ‘maimed’. Because, by the time the real play was staged, Akintola, Balewa, Bello and numerous others were maimed in cold blood and on the 3rd of August 1966, Chief Awolowo was released and consequently installed as Deputy President of Nigeria (first under any military regime in Africa) and minister of Finance of Federal Republic of Nigeria (even being a lawyer, journalist and politician).

Before this period, the ruling party paid a visit to Awo in jail and advised him to relinquish his stand on formidable opposition by joining the ruling party if he must be freed. Awo (the visionary and transformational leader) refused the juicy offer.

Chief Ogunde was Chief Awolowo’s best friend and confidant. He was also a student of Ifa (since his grandfather and mentor was a renowned babalawo). I believed, he must have consulted the oracle (Ifa) to know the fate of his Friend, Chief Awolowo before writing that play.

What Ogunde predicted that day was not only for Chief Awolowo’s Judas’ but for all Yoruba traitors. It was a prophesy that will usually come to pass until the end of time.

Are the Yorubas not still at Iloba today?

Why I Have Not Ruled Out Marriage – Star Actress, AYO ADESANYA