The Older Generation Does Not Understand The Youth Of Today, RED MEDIA BOSS, ADEBOLA WILLIAMS 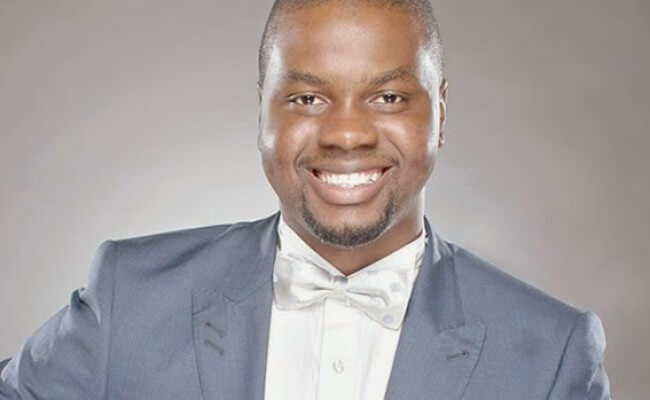 Adebola Williams is one of the clear leaders of the young generation. At 32 he has achieved a lot. He is an accomplished professional who is into Advertising & PR. Over the years. Debola who co-founded The Future Awards to discover young talents has consistently been defending young people. Most recently, at the launch of Chief Ayo Adebanjo’s autobiography, he got a resounding ovation for his frank views about how the older generation has failed Nigerian youths and how they don’t seem to understand what today’s youth want.

He is not alone in this. Many young people are angry today with the Nigerian system. Have you had conversations with many of them lately and listened to how they complain bitterly about the bad system which seems to have shut them out. Have you also listened to their lamentations? Have you heard them complain about how their future seems to have been mortgaged by members of the older generation who are in their 70s and 80s, who up till today have refused to yield space for some of the younger people to begin to take up the mantle of leadership. They will readily tell you that the older generation has spoilt and ruined this country and how they have put in place a corrupt system that will not allow young people take active part in politics.

They feel the older generation is selfish and does not understand what they want and what they have to offer. They feel they have been grossly misunderstood. This feeling runs deep, so much so that many youths got angry when Pres. Muhammadu Buhari recently described them as lazy.

A few weeks back, City People asked Adebola Williams the MD.CEO of Red Media, to articulate to us what the younger generation really want and why they think they have been grossly misunderstood. He is best suited to do this.

Adebola Williams was recently awarded the ArchBishop Desmond Tutu Fellowship and named by the UN as one of 100 Most Influential People of African Descent,  He has been profiled by Forbes and CNN as the man who helped three Presidents win elections consecutively in Africa. A pioneer at the intersection of Media, Democracy and Social change. He is co Founder and CEO of RED, which owns Africa’s largest portfolio of youth media brands that engages millions of youths on the continent with leading brands like Red Media Africa, StateCraft Inc, The Future Awards Africa, YNaija.com, amongst others.

Adebola who began his journey as an advocate for youth and good governance co-founded Enough is Enough (EiE), one of Nigeria’s foremost civic participation group and premium voice for young people on politics. He was Chairman of the Board until resigning to take the lead on the Communication and Rebranding of President Muhammadu Buhari. He led the team that reshaped the national discourse, and optimise media engagement that helped change longstanding perceptions and ushered in a new president. He did same in Ghana helping the opposition candidate win the presidency on his 3rd attempt and has gone on to consult in other regions in the continent.

Adebola is one of the most recognisable young leaders on the continent carrying the message of enterprise and leadership to inspire hope and faith from Africa to the world. In 2017, he spoke at several conferences in Europe and America including top ivy leagues schools from Harvard, Columbia, Yale and Oxford. He gave a viral address during the Obama summit , where the former president of the United States of America, Barack Obama gave him a standing ovation. The speech was widely shared across the world. He has almost 200,000 followers on social media and his mantra is building local to go global.  His work and achievements have been celebrated over the years on several international platforms including CNN, Forbes, CNBC, amongst other platforms.  Adebola is a Mandela Washington Fellow, a member of the African Leadership Network, a British Council global changemaker, he sits on the boards of Africa Business Brain Trust and chairs the Young Entrepreneurs Network board.  He’s been named by Forbes as one of Africa’s best entrepreneurs under 30, and recipient of the CNBC Young Business Leader of the Year award. He spoke to City People Publisher, SEYE KEHINDE. Below are excerpts of the interview.

What has your experience been with the older generation?

When we started The Future Awards 13 yrs ago, we realised that we were dealing with a generation that was grossly misunderstand. It is now no longer Generation X but Generation Y. The generation with the power of Technology. The generation that the currency is Talent.  I like to say that all the time. The currency of my generation is Talent. But nobody knew at that time. But somebody had to package the talent at that time in way to look respectable. So that at the end of the day, the father and the mother who wanted you to be a doctor and a lawyer will now begin to see what you wanted to do as a respectable profession.

The moment you present Acting, Music, Technology, Farming Advocacy as respectable, their mentality changes. They start to see it differently. And that is what the Future Awards did 13 years ago, when we started looking for young people doing things in different fields, that people did not pay attention to, that people did not think are worthy. We create it into an industry. We made into something admirable because we are living in a society where whatever you glorify is what multiples. We glorified those genione talents and glorified hardwork and achievement and this encouraged other young people to come out and do the work so that they can achieve.

The older generation want their kids to be lawyers and doctors, but my generation is not really wired like that. Yes many of us would want to be doctors and lawyers but many much more of us are doing the talent thing also because a society that has no system and structure that helps you become professionals, you need to find something in yourself and by yourself, and Talent is that easy currency, that you can use because with talent, you don’t need much sustem and structure. to be a doctor you need to go to Medical School.

And it takes about 20 years for a nation to change. You have a nation where 90% of the economy are powered by the SMEs and 60% of it are powered by young people. Yet, you don’t have Laws and Incentives for young businesses. You have an economy where Nollywood, Music and Entertainment are selling Nigeria all around the world. Yet, you cannot even protect the intellectual property of these people with piracy lawas that will help them earn enough money. Then you will turn around to say musicians are collecting money from Yahoo Boys. Did you help them make money from their sweat so that they can ignore the boys doing internet fraud? Noo. So, what are we saying.

The older folks criticise the young ones of today as being unserious, lazy and that they want to be given things on a platter of gold. How do you respond to such talk?

(Smiles) The old folks who say that perhaps have not understood the young people of today. They are trying to abdicate responsibilities perhaps.

Why is there a sharp difference between the 2 generations?

The Older Generation Does Not Understand The Youth Of Today, RED MEDIA BOSS, ADEBOLA WILLIAMS was last modified: May 6th, 2018 by Seye Kehinde

Why My Dad Stopped Paying My School Fees – ALI BABA

Warning Signs Of A Heart Attack You Must Not IGNORE!