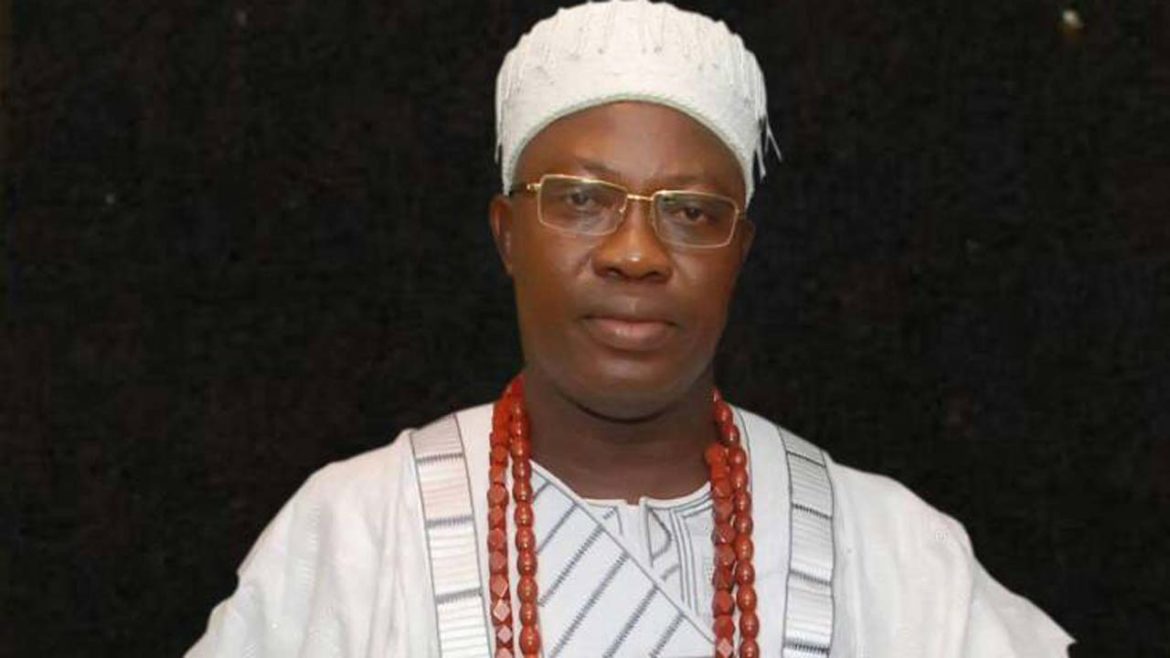 After several years of agitations, the Ekiti State Government has granted recognition to Olukere of Ikere Ekiti, Oba Ganiyu Obasoyin.

The territory that Olukere occupies and superintends over was also given autonomy by the government and is to be named Odo Oja, Ikere Ekiti.

Ikere is the second-largest city in Ekiti State.

Obasoyin, whose predecessors agitated for similar recognition but were rebuffed by previous administrations, had always claimed that his progenitors founded Ikere kingdom before the coming of the paramount ruler of the town and the Ogoga of Ikere.

But the present Ogoga, Oba Adejimi Adu Alagbado, insisted that Olukere was a mere chief priest without any connection to royalty.

The recognition by Governor Kayode Fayemi’s administration was contained in the report of Justice Jide Aladejana-led Chieftaincy Review Commission set up to look into some contentious traditional issues in Ekiti State.

A statement in Ado Ekiti on Friday and signed by the Executive Secretary, Bureau of Chieftaincy Matters, Adegboyega Morakinyo, said the recognition was a sequel to the memorandum presented by Odo Oja area requesting for autonomy for Olukere and his territory.

Morakinyo said: “The Odo-Oja Community of Ikere-Ekiti submitted a memorandum to the Commission including an application for recognition as an autonomous town and its traditional head as an Oba.

“The Commission found merit in the application and further affirmed the eligibility of the Odo-Oja Community to be recognised as an autonomous town and its traditional head as Oba.

“In furtherance of the ongoing review of the implementation of the white paper on the report of the Commission, Government has revisited the recommendation on the application of the Odo-Oja Community of Ikere Ekiti.

“Government accepts the recommendation of the Commission. The Odo-Oja Community of Ikere Ekiti is accordingly granted autonomous status and its traditional head- Olukere is hereby recognized as an Oba”.

Morakinyo added that the Government of Ekiti State established the Honourable Justice Jide Aladejana Chieftaincy Review Commission in February 2019, in response to agitations from communities across the 16 Local Governments Areas of Ekiti State for the review of the status of their traditional rulers, existing chieftaincy declarations and requests for autonomous status.

He said the commission was established to examine the upgrading and otherwise of recognised chieftaincies, look into the autonomy/ recognition of communities, and review the merits of the chieftaincy declarations by agitating communities.

The terms, according to Morakinyo, also included: “Investigate the customary laws on the appointment of all recognised chieftaincies in the State and make recommendations for possible changes in the existing chieftaincy declarations and also suggest guidelines for the preparation of such documents,

“Look into issues relating to the status of obas and chiefs, their paraphernalia of office and order of precedence, look into the Chieftaincy laws of the State and make specific and general recommendations on chieftaincy matters in the state,

“Examine the upgrading or otherwise of recognised chieftaincies, review autonomies, make recommendations for recognition of agitating communities as independent towns from their mother communities as well as for chieftaincy declaration.”