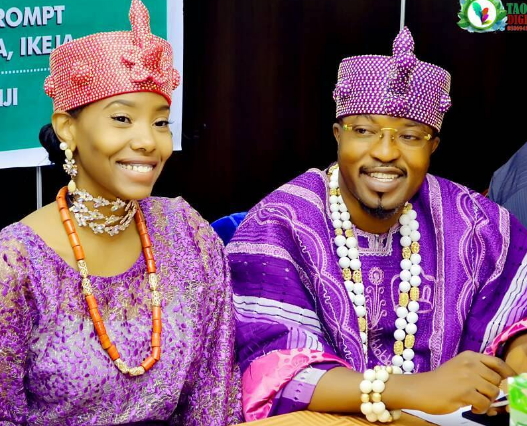 To authenticate the story, the Publisher of City People, Dr Seye Kehinde put a call through to the Oluwo himself and he was asked about the state of affairs of his marriage and the story currently making the rounds on social media.

The Oluwo burst out laughing. He immediately rebuffed the story and quickly called back on video call in which he, his Oloori and their son, Oduduwa spoke debunking the marriage rumour. They stood side-by-side to talk to City People, the Oluwo says the story is a fabrication coming from the pit of hell.