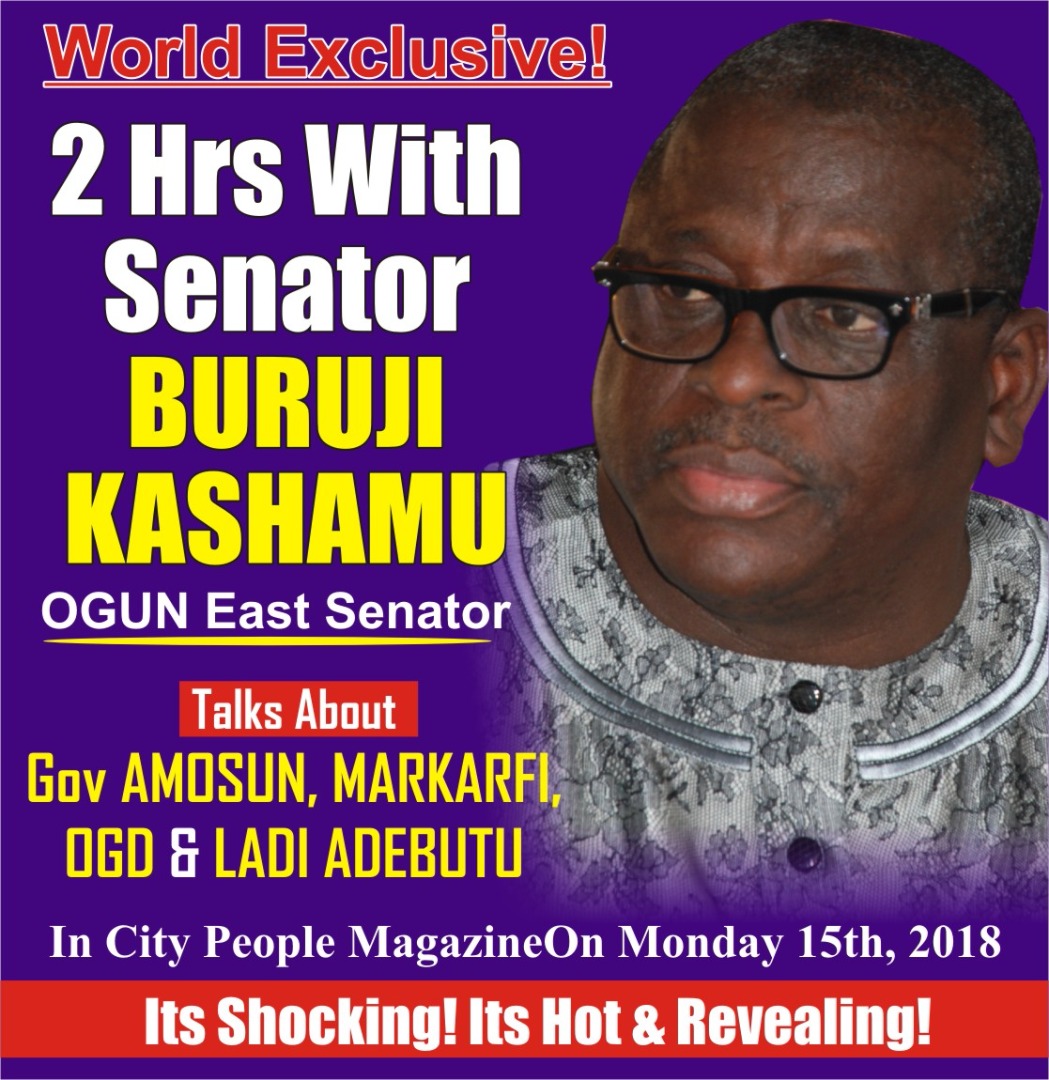 Senator Buruji Kashamu is a man of many parts. Aside from being a successful business man, Senator Buruji’s resilience to achieving a society that is structured upon true Democracy has impressed upon him to participate in the political process in Nigeria, serving in the capacity of a Senator.

He was faced with several politicking by his contemporaries within the party structure, but remained irrepressible and unshaken in his cause.

We are pleased to inform you that the distinguished senator granted a 2-hour-long interview with City People Magazine Publisher, Seye Kehinde, where he talked about the battle within the party, PDP, Gov. Amosun, Makarfi, OGD and the forces behind his suspension and the next step for PDP to reclaim power in 2019.

Get a copy of City People Magazine on Monday, January 15th, 2018 for the exclusive interview. It promises to be HOT