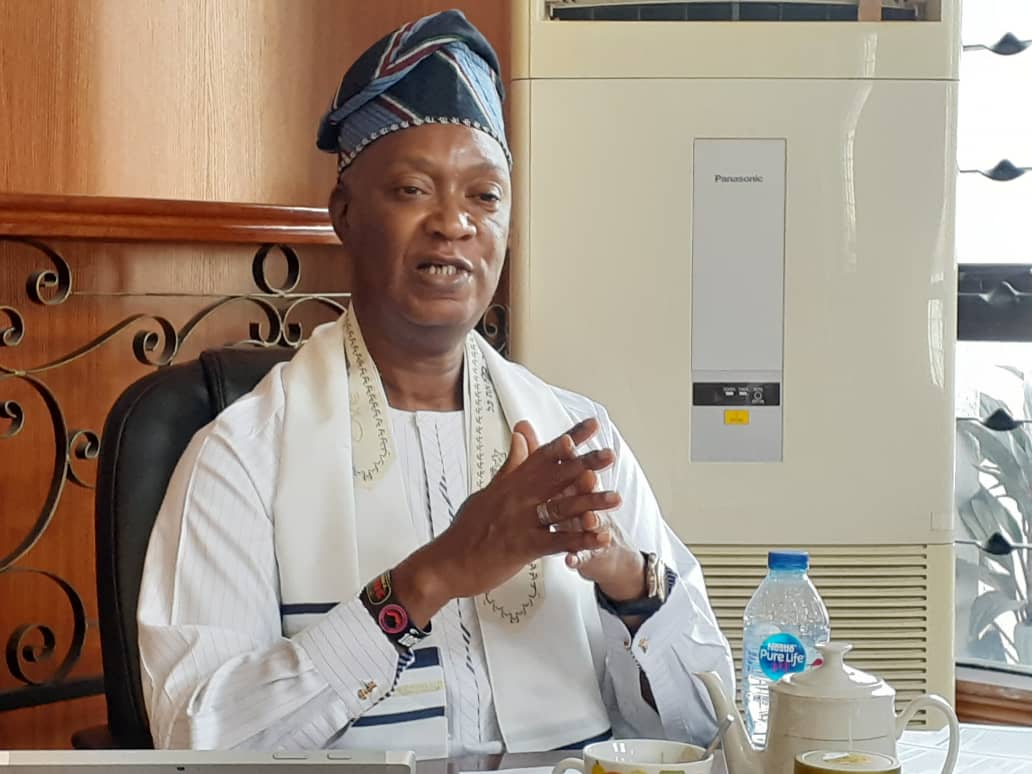 Group Managing Director of Suru Group, Edward Akinlade, who has recently embraced his divine ministry to converge Nigerians for prayer, has waded into the social media-influenced rift between Gospels singers Tope Alabi and Yinka Alaseyori.

Recall that the veteran gospel singer Tope Alabi was seen in a viral video, criticising a song, sang by Yinka Alaseyori titled Oniduro mi”, attributing that God is the ultimate guarantor of life. She (Tope) was of the opinion that God exceeds the title or position of guarantor and undermine the translation of the song.

Tope Alabi made the remarks in a viral video when she was invited to minister at an event over the weekend. She said the song, which means ‘My Guarantor’, does not explain God’s powers fully.

She also inferred that her colleague didn’t think deeply about the lyrics of the song fully before recording the track.

She said, “God is beyond being a guarantor to Man. I’m not saying that the song is not beautiful. However, when we receive heavenly inspiration to sing, there are some deliberations we must have with the Holy Spirit before we can bring out such a song.

”If we keep singing the gospel just as the Spirit-inspired, there is the possibility that we all will be singing absurdly. As gospel singers, God has given us the brain to digest, chew, and fully comprehend the inspiration given to us before we bring it to life.”

Ms Adeyemi, who is Ms Alabi’s great rival, composed her hit ‘Oniduro mi’, which was part of a worship medley titled ‘Arojinle’ in 2020.

Speaking about the rift, Lord’s Rabbi, Edward Akinlade revealed that the criticism of Tope Alabi was divinely orchestrated by God to elevate Yinka Alaseyori, but most people don’t know how God works.

He added that both Tope Alabi and Yinka Alaseyori are roses from God and one does not smell better than the other, for they are both vessels in God’s hands.

I assure you that Tope Alabi will be fine and her ministry will not be tarnished in any way”, he said

God Told Me To Set Up A 3 AM Prayer Church In 7 Nations – GMD SURU GROUP, EDWARD AKINLADE