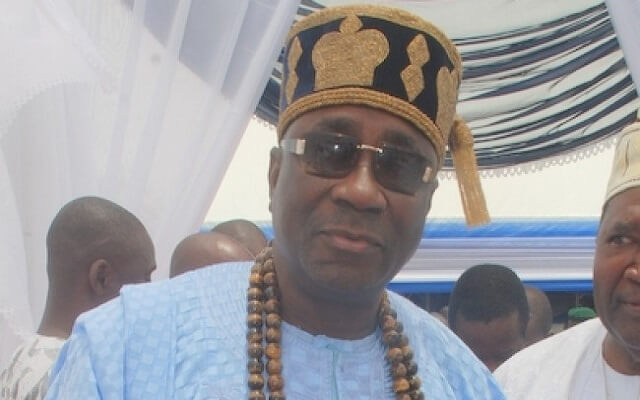 Ooni of Ife, Oba Adeyeye Enitan Ogunwusi has sent his heartfelt messages to the Oba of Lagos, Oba Rilwan Aremu Akilu over the fire outbreak at his palace in Lagos Island yesterday.

Although, Nigerians have been claiming that the fire incident that affected the main sections of the Lagos palace, was a result of Oba Rilwan snubbing the Ooni of Ife at a public function, a week ago.

But in a brief chat with Premium Times, the spokesperson of the Ooni’s palace, Moses Olafare said the Ife monarch is sad over the fire outbreak and that the incident has nothing to do with the Ooni of Ife snub.
‘We are not happy over the fact that the palace of Lagos king got burnt, we can only sympathize with the palace on the development,’ he said.
Reacting to the widely speculated claims, he said:
‘People are entitled to their own views. But what people say doesn’t mean that is the position of the palace.What happened is mere coincidence and should not be traced to the incident in Lagos, we send our sympathies,’ he added.

Ooni of Ife denies involvement in the fire incident at Oba Akiolu’s palace was last modified: May 3rd, 2017 by Reporter