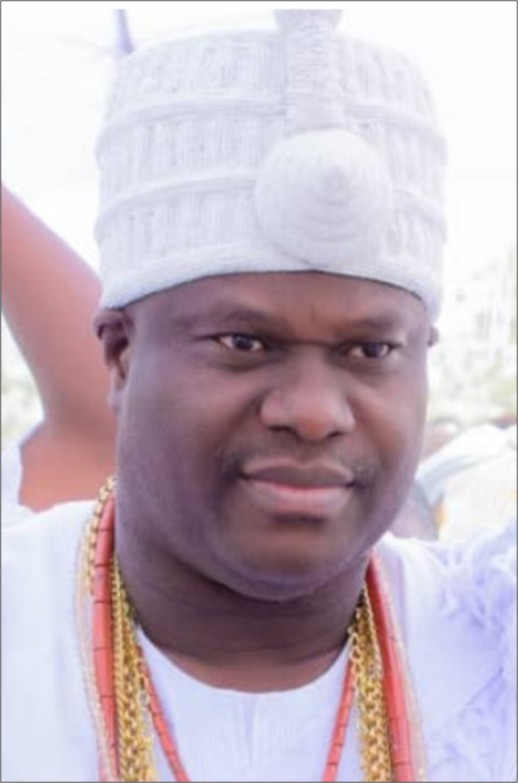 On July 29th, 2022, the Erelu Kuti IV of Lagos, Erelu Abiola Dosunmu would be made the Yeye Oba of Ife by the Ooni of Ife, His Imperial Majesty, Oba Adeyeye Eniitan Ogunwusi, Ojaja II. This conferment is slated to occur on the occasion of her 75th birthday.

City People first got to know about this appointment at the late Chief Sunny Asemota’s burial reception party in Lagos on June 12th, 2022 when Bisi Olatilo, the MC referred to her as the Yeye Oba of the Source- Designate. The Ooni has also confirmed the appointment of Her Royal Highness, Erelu Abiola Dosunmu as the new Yeye Oodua and Queen Mother of the House of Oduduwa.

With her appointment, Erelu Dosunmu would be stepping into the shoes of the formidable Chief (Mrs.) Hannah Idowu Dideolu, the late Yeye Oba of Ife and wife of the first Premier of the defunct Western Region, Chief Obafemi Awolowo.  However, Dosunmu’s new elevation has a wider import as she would now be the Queen Mother for all Yoruba kings who claim Ile-Ife and the House of Oduduwa as their source. Born in Kano on July 29, 1947, into the royal family of Prince Adewunmi and Adejoke Dosunmu of Lagos Island, Abiola Dosunmu is the fourth Erelu Kuti of Lagos.

She serves as the ceremonial queen mother and reigns as regent of Lagos upon the death of an incumbent monarch until a substantive successor is chosen by the college of kingmakers. She has reigned for over 47 years and holds a position that only princesses from the ruling houses can attain. An astute and accomplished businesswoman with interests in oil and gas, real estate, and agricultural industries among others, she studied business administration in London. In the petroleum industry, Erelu, as one of the few early Nigerians in the business, achieved some significant feats to the benefit of the nation. In the same vein, she revolutionized the traditional aso oke business to become a multi-billion dollar industry it is today.

She was the first to introduce the weaving of the Aso-Oke in brilliant colours which quickly became a trend back in the 60s and 70s, selling as far as the Middle East. With a shop on the famous Bond Street in London (she was the first Nigerian to do so), Abiola Dosunmu promoted the culture of the Yoruba race and indeed Nigeria, through the Aso-Oke.

Her beautiful designs and exotic taste for perfection earned her the contract of decorating the Nigerian Embassy in London. The Erelu, a fashion trend comprising a skirt and short agbada worn by women in the 80s and early 90s, is also credited to Abiola Dosunmu. Made the Erelu Kuti IV by the late Oba Adeyinka Oyekan of Lagos, Erelu Dosunmu recently explained what her position entails.

In her words, “being Erelu is not just about being beautiful. Some people expect the Erelu to be old, fat, illiterate and dirty. And as soon as one appears to be none of those things, people lose sight of what one stands for and they start seeing one as a pin-up. For the last 20 years of the late King of Lagos, Oba Adeyinka Oyekan II, I was one of his closest confidantes. It is a three-in-one title¯ Erelu Kuti, Erelu of Lagos and Erelu Oba. The Erelu’s duties include advising the king on social matters, advising him on people deserving of titles, making sure things run well at the palace, and all those are in the gazette of the chieftaincy laws of the state.”

On the highlights of her reign as Relu Kuti IV, Abiola Dosunmu had this to say: “I have been able to resolve some conflicts between traditional rulers. I have been to nearly every Yoruba kingdom in the South-West.

I was able to resolve the issues between the former Ooni of Ife, Oba Okunade Sijuwade, and the Alaafin of Oyo, Oba Lamidi Adeyemi. I actually brought the Alaafin to the Ooni’s house in Ikeja, Lagos. I made them hug each other and shake hands. However, the reunion was later scuttled when people began to say that the Alaafin was becoming close to the Ooni because he had put him in his pocket. That made me understand that even when the kings are ready to collaborate with one another, it is the subjects that create more problems for them. That is why Yoruba kings are still fighting. Later, I decided to replicate the same feat by bringing the nation’s traditional rulers together. I then approached Chief Wahab Folawiyo to sponsor the project.”

“I then formed a body called Traditional Rulers and Eminent Persons for Good Governance. The membership consisted of chairmen of the Traditional Council of Nigeria and some eminent persons. We had our meetings in different parts of the country, including Abuja, Warri (Delta State), Kebbi State, Sokoto State, Enugu State, Osun State and Lagos State. We were able to douse a lot of tension in different places. However, nobody talks about those things and it’s quite painful. They only take my pictures when they see me at parties. I’m not a socialite but a traditionalist.”

A stickler for white apparels, Erelu Dosunmu also explains why she prefers the colour white. Accoording to her, “I am not the only one who wears white in this world; you have the Cherubim and Seraphim, Celestial, Priest of Catholic Church and Jews who all wear white. White to me is a beautiful colour, and it stands for purity and closeness to the Almighty. So if anyone wants to give it another interpretation, I don’t know where that is coming from. Most of the people I know in the world that all wear white, all stand for good and what is right.”

On what fashion and style mean to her, the Erelu Kuti had this to say: “Fashion is the real essence of life. Fashion is the appropriate use of your apparel. The way you now wear, interpret and design it then becomes something special or peculiar to you. Fashion starts with cladding yourself and protecting that which the Almighty has given you. Everybody must wear clothes or one form of accessory. Fashion is a way of life; it’s the essence of human living and presence. I can be simple, elegant, garish, but I hope I can never be vulgar. I must wear whatever gives me joy and confidence and is pleasing to the eyes of the onlooker.”

On the fond memories she has of her childhood, Erelu Abiola Dosunmu said: “The first picture that comes to mind is my father. I was the apple of his eye. He was such a loving and civilised parent. He treated us (his family) like royalty. He paid attention to our clothes, food and the way we were treated. He was an accountant with the Bank of West Africa (that metamorphosed into First Bank of Nigeria) and he was transferred to different places, including Maiduguri (Borno State) and Kano State.

I remember that every Saturday, we used to go to a French restaurant for breakfast and lunch. We would also go to swim. They were memorable experiences.

An old friend once said to me that I behave like someone who has no care in the world; and that I must have had an easy childhood. And indeed, I had a happy childhood and it made an indelible impact on me. I do not keep grudges though I don’t take nonsense. I love people and adding value to lives by giving. I don’t know how to hold on fast to anything.

I was very close to my father and maternal grandmother. I felt loved and wanted and that went a long way in shaping me into who I am today. That’s why it is important for parents to spend time with their children. It is not enough to hire someone to take care of your children and go to work.  The love such people would give your children would be mechanical. You would lose the rapport and bond you are supposed to have with the children.”

Since her accession in 1980 as Erelu Kuti IV, Dosumu has followed the example of her illustrious forebear, building a business empire and creating a wide-ranging network of friends and influence in Nigeria and across the globe.  Though she had never held any political office, she has become well-known as a significant member of the power elite of Nigeria.  She had been married twice.  Her first husband was Major Elegbede, a hero of the Nigerian Civil War who was involved in the decision of General Yakubu Gowon’s government to create Lagos State.  He died in a motor accident shortly after the war. After his death, she married the international businessman, the late Chief Deinde Fernadez. Her social status was confirmed by Nigerian leading Juju music star, King Sunny Ade, who waxed a memorable record in her honour.

Her new position as the Yeye Oodua would afford her a greater field of play but also impose on her wider responsibilities across Yorubaland and the Diaspora.  The thanksgiving and reception party will take place on the 29th of July 2022 in Lagos.