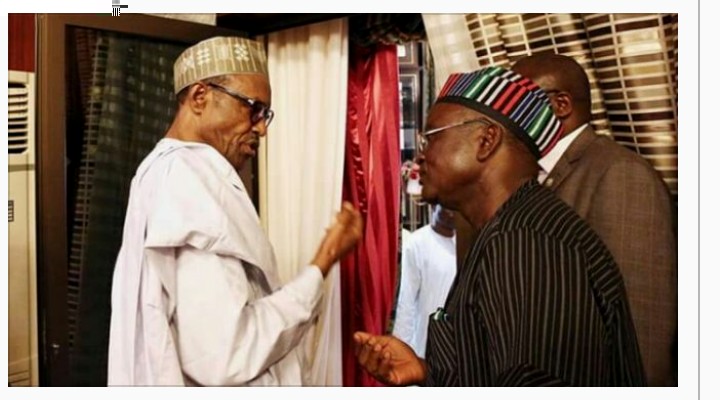 The Governor of Benue state, Samuel Ortom is currently in a closed-door meeting with President Muhammadu Buhari over the killings in Guma and Logo local government areas of his state.

The meeting is being held in the presidential villa.

The governor arrived the villa at about 10:50am and went straight into the president’s office.

Not less than 11 people were killed by suspected herdsmen in a recent killing in Tombu, a village in Logo.

President Buhari has ordered Ibrahim Idris, the inspector-general of police, to relocate to Benue over the killings.

According to Jimoh Moshood, police spokesperson, “more units of the police special forces, counter terrorism units, and conventional policemen are already being deployed to the state as at this time today to comply in totality with the presidential order”.

Six suspected herdsmen were on Friday arraigned at a chief magistrate court in Makurdi, the state capital.