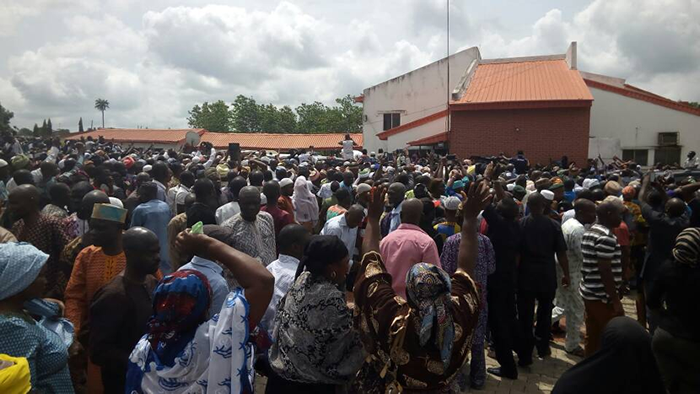 The Independent National Electoral Commission has spoken on the alleged arrest of some electoral observers at polling units in Osun state as voting is currently in progress.

The electoral umpire assured electorates that it will address the issues of pressmen and electoral observers allegedly being arrested and prevented from operating in polling units by security agents.

In a post on its verified Twitter handle, @inecnigeria, the electoral umpire wrote: “INEC is disturbed about reports that accredited media and observers are being arrested or prevented from operating in some polling units. This is being taken up with the security agencies.”

Agbaje said anyone caught in the act will be in danger even as he assured the electorate of adequate security as voting process commences.

Agbaje gave the assurance when he visited the polling unit at Ward 5, Unit 17, on Adewale Street, Alekuwodo Area in Osogbo.

He said INEC and the ad hoc staff were ready to conduct the election and that “the deployment of heavy security is an assurance that nobody or individuals can disrupt the process.

“INEC staff and ad hoc staff are prepared for the election and we have heavy security presence which will guarantee the safety of everyone.

“Anybody coming to snatch ballot boxes is putting his or life in danger.

“Party agents should conduct themselves in an orderly manner, while the electorate should remain peaceful.”

Agbaje equally charged corps members serving at polling units to take their time and make sure they verify voter cards very well before they allow them to vote.

He said “Election should close by exactly 2 p.m. because of the limited units and voters”, saying he is optimistic the election would run smoothly.