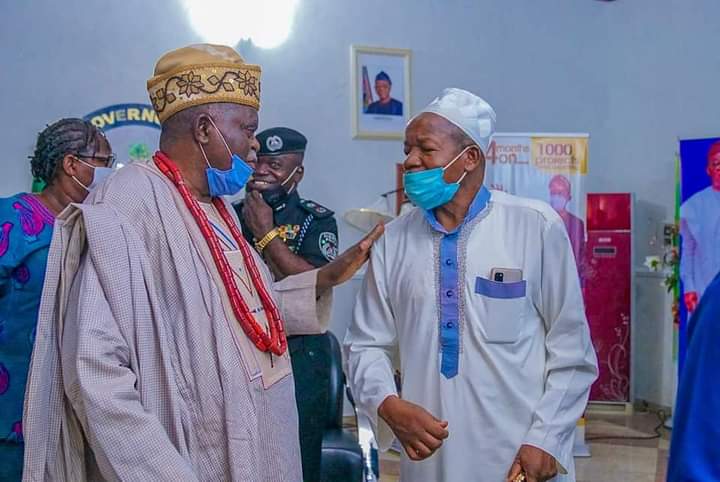 Traditional rulers of Erin Osun, Ifon Osun and Ilobu communities in Irepodun local government areas of Osun State in Monday signed an agreement for peace to return to the areas.

The agreement was reached in Osogbo at a peace meeting at the instance of the State Commissioner of Police, Wale Olokode.

Also at the meeting was the traditional ruler of the neighbouring community, Olufon of Ifon, Oba Almaroof Magbagbeola and the National Commissioner, National Population Commission, Senator Mudashir Hussain.

Violence broke out on Saturday while officials of the NPC were carrying out enumeration exercise at lrepodun Local Government Area, which covers the two communities.

Some youth from Ilobu, claiming that some areas occupied by people of Erin Osun belonged to their community, launched an attack to disrupt the enumeration exercise at Erin, destroying cars and attacking people indiscriminately.

The violent attacks, which lasted till Monday morning, prompted the state government to impose 24 hours curfew in Irepodun and Orolu local government areas of the state. Several people were killed or injured while tens of homes were burnt during the crisis.

After listening to the parties involved and other stakeholders, the traditional rulers agreed to a ceasefire and a peace pact was later signed.

The Commissioner of Police then impressed it on the traditional rulers to comply as pledged that the NPC should return to the area for the enumeration exercise without fear of any eventualities.

Olokode urged people of the communities to embrace peace and consider dialogue for crisis resolution.

The National Commissioner of the NPC, however, said the commission would only go back to commence the exercise when it is clear that the people have embraced peace.

Palpable fear still rented the air in the two communities as many stayed indoor and the street deserted.

However, some were also seen leaving the communities with their luggage for fear of being attacked, despite the presence of security forces at different strategic locations

How TINUBU & OBJ Ended Their Age-Long...

How The Banks Are Coping With COVID-19...