Outrage: Court in Italy finds alleged raped victim ‘too ugly to be raped’ 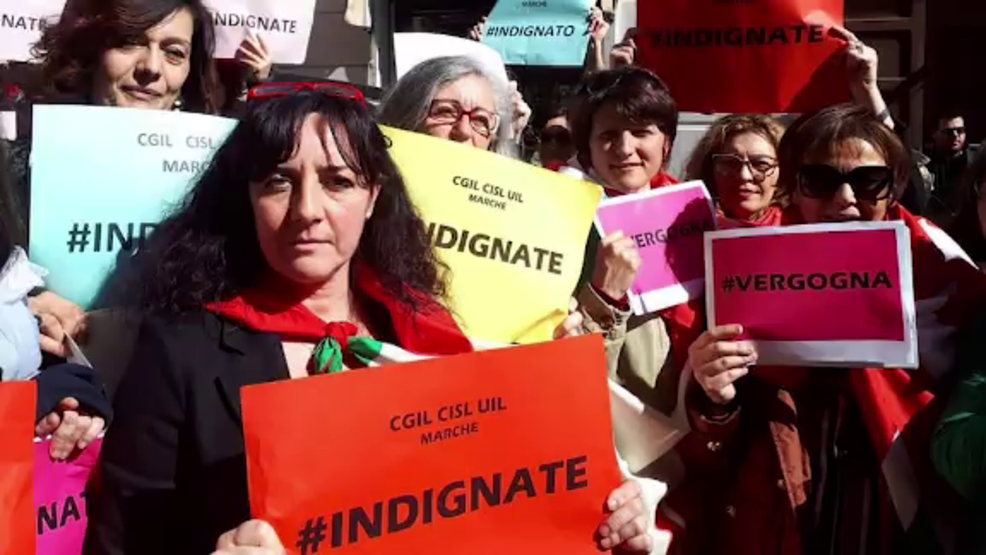 An alleged rape victim in Italy was denied justice after an appeal court ruled that she was too ugly to have been raped as she claimed.

The ruling sparked outrage in Italy, prompting a flash mob outside the Ancona court on Monday. The mob shouted ‘”Shame!’” as they protested the appeals sentence.

The sentence was handed down in 2017 by an all-female panel but the reasons behind the sentence only emerged publicly when Italy’s high court annulled it on March 5 and ordered a retrial. The Court of Cassation said Wednesday its own reasons for ordering the retrial will be issued next month.

Italy’s Justice Ministry has ordered a preliminary inquiry into the appeal court’s ruling that overturned a rape verdict in part by arguing that the woman who was attacked was too ugly to be a credible rape victim.

The Justice Ministry says two Peruvian men were initially convicted of the 2015 rape of a Peruvian woman in Ancona, but the Italian appeals court overturned the verdict and absolved them after the rape suspects successfully argued they found the woman unattractive and was too “masculine” to be a victim.

The appeals sentence quoted one of the suspects as saying he found the woman unattractive and had her listed as “Viking” on his cellphone.

Cinzia Molinaro, a lawyer for the victim, that the woman, who has since returned to Peru, had suffered such genital trauma in the rape that she required stitches.

‘As Christians, we need to embrace divorce’ – [Do You Agree With Daddy Freeze?]

How I Joined The Yoruba Movie Industry At Age 15 – Popular Actor. IBRAHIM CHATTA Opens Up