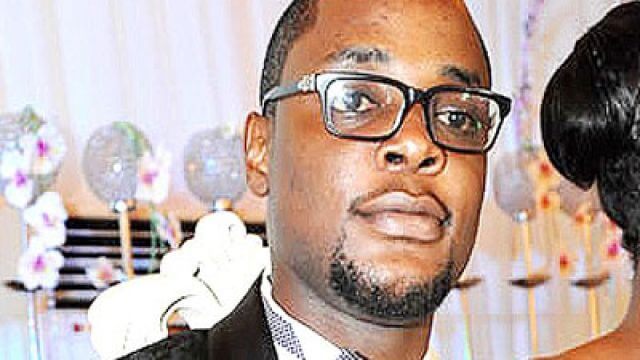 Olamiju Akala is the first son of the  former Governor of Oyo State,  Otunba Alao Akala. The handsome husband of Hadiza, who is a daughter of Chief Rasaki Akanni Okoya, Lamiju is the Chairman of the biggest Local Government in Oyo State, Ogbomosho North. He was one of the new caretaker Chairmen inagurated by Governor Abiola Ajimobi sometimes in April and he has been in office for close to 3 months.

It may interest you to also know that Olamiju Akala is the youngest among the Oyo StateLocal Government Chairmen even as he runs the biggest Local Governemnt.

Let’s tell you a few things about Ogbomosho North Local Government. The Local Government area boasts of one of the Nigeria’s best institutions, Ladoke Akintola University of Technology (LAUTECH) and a teaching hosipital.

Also, the Nigerian Baptist Medical Center and Bowen University Teaching Hospital are situated there. The Soun’s palace is a major traditional edifice in the area too.

Ogbomosho North is the largest Local Goverment in the city, being the city’s major economic nerve centre It is the most populous local government area in the town according to 2006 census.

Last week, Olamiju Akala was sighted at the Oluwasnishola Estate of the Aare of Lagos, Chief Rasaki Okoya, where he came with his pretty wife, Hadiza. He had an exclusive interview with City People’s Assistance Society Editor,  ABIOLA ORISILE, on how politics started for him. He explained his experience in government in 3 months and his marriage. Enjoy it.

You were one of those who were giving alms to the less-privileged at today’s Eid-Fitri, what have you been able to learn in this holy month?

I am of the opinion and belief that in all things, you must put God first. I have been able to learn much in this holy month. You should also thank God for your position as there are many people out there, who are going through worse things. So, this is a month that you should be giving to fellow human beings.  You should be open-handed by giving to the needy.

You are a son of a popular politician in Oyo State in the person of the former Governor, Otunba Alao Akala. You also do politics, what is your political position now?

How is it like being the Chairman of one of the biggest local government in Oyo?

It is a call to serve my people. That was where my father started from. It was the first point of call of his political career. He is able to incalcate much experience in me, coupled with his guidance that has enriched my exposure. With the mentorship of  Governor Ajimobi, I have been able to have a nice stay in office so far.

Three months as Chairman of a local government, while you were in business before, now why politics?

I have always love politics right from when I was young. I always followed my father to political gatherings right from my  secondary school and university days. I had always have flair for politics. I already knew I had a career in politics.

It started through my dad, following him to most campaign grounds  and campaigning for him and representing him at political meetings. I like the fact that one can make an impact in this country through politics. One can make a change in his environment through politics. People, who are abroad could bring those experiences here by serving their fathersland. We can bring about the change we desire. I also believe that if we youths don’t get involved, they won’t involve us.  So, we need to get involved to see that changes take place. You can’t keep complaining from abroad about what is happening at home if you don’t join politics. So, those were a few  reasons  I joined politics.

What changes have you brought to your local government in three-months as Chairman?

We have done much to the glory of God. When I got into the council, I had three agenda. They were: sanitation, education and security. We have cleared several refuse dumps and thereby prevent  diseases in the council area. We deslited several gutters for a free flow of flood  and we also made sure our roads, are motorable. For education, we started building blocks of  classrooms in one of the wards in my local government area. We have changed the face of Ogbomoso in the last three months.

You are the youngest Local Government Chairman if I am right?

Yes, I happened to be the youngest Local Government Chairman in Oyo State for now and to God be the glory.

Politics is seen as a dirty game, what does it take to be a politician?

Well, why people feel politics is a dirty game is because some people said there is no permanent friends in politics. Politics is not dirty because is not fetish or the presence of  many bad people in politics.

It is just a normal saying because of the way it goes. In politis, the only thing that is permanent is your interest. There is no permanent friend or enemy, but there is permanent interest.

You are a member of the APC now, but you used to be in the PDP with your dad, how was the journey?

We have been in the APC for more than a year. We were in the PDP and moved to the Labour Party, but now we are in the  APC.

What have you been able to learn from your father aside politics?

Persevarance, my father has patience.  He is also very contented.

You are the Caretaker Chairman for three months, are you prepared to be the elected Chairman or you are not contesting?

By the grace of God, I will be contesting and it is under the auspices of the APC.

Do you think you are a contestant to beat?

I won’t say I am a contestant not to be beaten. I am contesting and I know we would be victorious.

Why do you think you would win?

I am not there to satisfy any selfish interest, I would be there to serve. I have also done much in the last 3 months. We have done much that would make our people vote us.

I am not there for personal gains. As  I always tell people that being  a leader is maximising opportunities for the benefit of people when you are given a chance to serve.

Your wife is a daughtet of a prominent Lagosian, Chief Rasaki Okoya, and you are very close to your father-in-law, what have you learnt from him?

Yes, I am very close to my father in-law. He is a father to me and my wife. I have learnt much from him and one of them is human relations. The way he relates with people is worthy of emulation. He is rich, yet so humble. At a distance, you’ll regard him as  Chief Rasaki Okoya, the Aare of Lagos, but when you meet him one-on-one, you will see how humble, down- to-earth and caring he is.  Always ready to listen to you. He is ready to listen to your problems and advise you. That is all what we want in a father and a father-in-law.

What have you learnt from your parents’ union that has made your marriage work?

How did y ou meet your wife and did she knows who you were then?

No, she didn’t know who I was when we met.  We met in Lagos and I remember on the first date, I took her to a cafeteria to go and eat.

What has sustained your marriage for over 3 years?

It is love and grace of God that have brought us this far.

I rest when it is necessary. I spend two weeks in Oyo State and come home to my wife by weekend. I didn’t allow my new office to  affect my marriage and I also ensure to discharge my political duties.