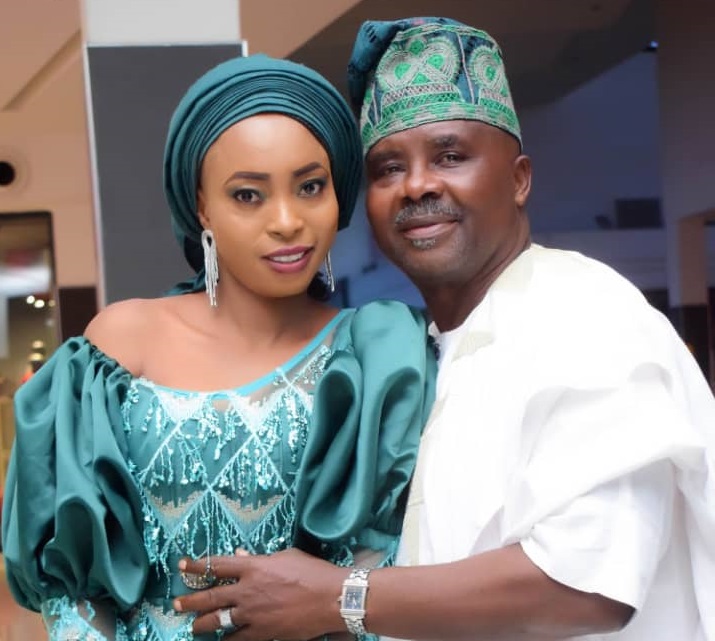 The Ibadan social establishment is about to witness another mega party this year, as the popular businessman and younger brother of the immediate past Governor of Oyo State, Senator Isiaq Abiola Ajimobi, Alhaji Akeem Ajimobi is set to remarry in style.
Prince Akeem Ajimobi, we exclusively gathered, pathed ways with his former wife some years ago due to some irreconcilable differences, and they have since both moved on with their lives.

Akeem has, however, find love in an Ibadan based fashion designer called Sekinat Adeniyi, and they have both decided to make their relationship official. The wedding ceremony is slated for Saturday 28 September 2019, at the popular Horizon Suite, 1, Isaac Boladuro Street, Off 7up Road, Oluyole Estate, Ibadan.
The two lovebirds Prince Akeem Adekunle Ajimobi and Princess Sekinat Temitope Adeniyi, we heard, met not too long ago, but fell in love with each other almost immediately. They have since become Romeo and Juliet, showering each other love and affection. Their love affairs have become the talk of the town since it leaked to the public.

That their wedding will be glamorous is like stating an obvious; Akeem Ajimobi is a popular and well-connected businessman and politician in Ibadan. He is also well-loved and respected on the social scene. He is one of the high flying big boys in town. Apart from the fact that his brother is the former governor, Akeem has been able to cut a name for himself in the business world.
While Akeem’s popularity and status will be a plus to the quality of party to expect, his wife’s too is another thing. Sekinat is very hot and popular among babes in Ibadan, she sows for most of them and they won’t spare anything to support their own.
The party, which promises to be a star-studded one, is already the talk of the town amongst top celebrities, as close friends and associates of Alhaji Akeem Ajimobi and his new wife, Sekinat have prepared to grace the event.