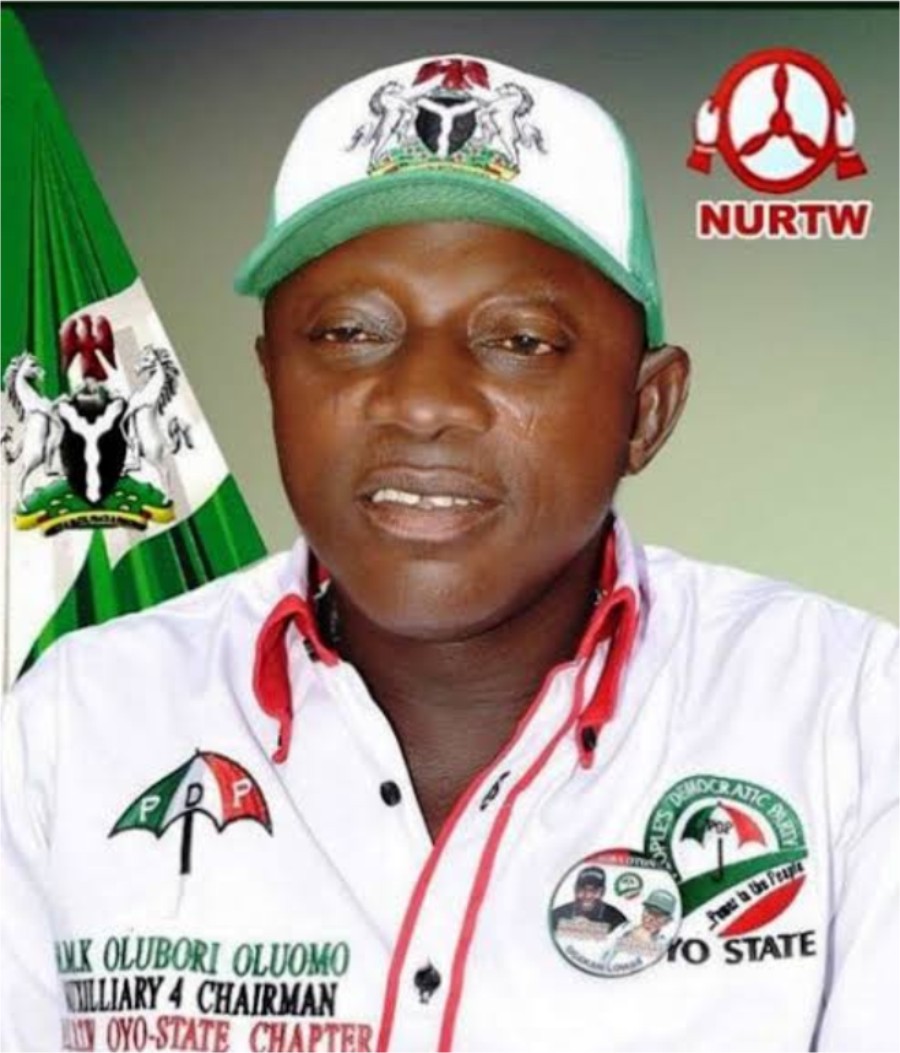 Though he may not be in a good book of many due to his personality as a transporter, and that is the truth but Alhaji Mukaila Lamidi aka Auxiliary, no doubt, is one of the most powerful men in the present dispensation in Oyo State.

He is the Chairman, Park Management System (PMS) in the state. The position was said to have been given to him by Governor Seyi Makinde as compensation for his support during the 2019 guber election. Auxiliary, who is a former factional Chairman of the National Union of Road Transport Workers (NURTW), Oyo State Chapter, alongside his team, was in the forefront during the election. The election was held a few months after Auxiliary came out of prison. Having served his six years jail term for his alleged role in the bloody clash between members of their factions which claimed dozens of innocent lives, along with the wanton destruction of property.

The police had in June 2011 placed a ransom of half a million naira on Auxiliary and the former Chairman of the National Union of Road Transport Workers (NURTW), Alhaji Lateef Oloruntoki, a.k.a. Tokyo, over the murder of the National President of the Nigeria Medical Students Association, Bala Usman Shanono, a 500-Level medical student of the Ahmadu Bello University, Zaria, who was caught, along with other travellers, in a crossfire in Iwo Road, Ibadan, while waiting for night buses to their various destinations.

In the aftermath of the crisis between the factions of NURTW in the state and the persistent violence that Governor Seyi Makinde proscribed activities of the union.

So the appointment of Auxiliary by the Governor Seyi Makinde-led administration as the Head of the Park Management System didn’t go down well with the other faction of the union. Which explains why there has been a consistent faceoff between PMS and NURTW members in the state. Of course, it is not new for transport unions to be involved in politics. In fact, Governor Makinde won’t be the first one to associate with the union in the history of Oyo State.

For instance, at the inception of the administration of former Governor Lam Adesina, who was at the helm of affairs between 1999 and 2003, Alhaji Lateef Akinsola (aka Tokyo) came to the limelight. As a matter of fact, his rise as a powerful man in Oyo politics was rather interesting. Tokyo alongside some pro-democracy activists that include the late Chief Bola Ige, Alhaji Adesina and a host of others, were arrested by the late General Sani Abacha government and thrown into Agodi Prison for organising protests against the annulment of the June 12 in 1993, presidential election in Ibadan, the Oyo State capital. The prison experience and his relationship with pro-elements were interpreted to mean that Tokyo contributed to the emergence of Adesina as governor. Adesina did not only back Tokyo for the state chairmanship of the NURTW as payback, he also ensured that government-funded transport union activities while his government lasted. During the tenure of Governor Rashidi Ladoja in 2003, his administration threw its weight behind some forces in the state NURTW, led by Alhaji Wasiu Abubakar (Tawa) against Tokyo.

However, the deposed Tokyo, backed by the strong man of Ibadan politics, late Chief Lamidi Adedibu, under whom Ladoja rode to become governor, was to engage Tawa in a fierce battle to control motor parks.

The fierce battle continued till the tenure of Otunba Adebayo Alao-Akala who supported Tokyo. Indeed, with Alao-Akala as governor, Tokyo and his men became more fierce, with the NURTW becoming a formidable arm of the ruling Peoples Democratic Party (PDP) and the era was marked by violence and brigandage.

But the bloodbath and the killing of innocent citizens and residents alike were to reach their peak on June 6, 2011, with Governor Abiola Ajimobi, who had barely spent one week in office, proclaiming a ban on the activities of NURTW in the state. He said security agencies had been directed to arrest all the perpetrators of the crimes leading directly or indirectly to the mayhem in the state and recover all illegal arms and ammunition.

The former governor disclosed that the activities of the union posed a great risk to the state, adding that politicisation of the activities of the union, attempting to control revenue, access to arms and ammunition, and abuse of court processes were the major causes of the crisis. Ajimobi however lifted the ban months after a lot of investigation and the conclusion of a judicial commission of enquiry, which indicted some union officials, including Auxiliary, who was barred from motor parks by the union’s headquarters in 2012. Auxiliary was again charged with murder and spent six years in Agodi Prisons before he regained freedom in 2018.

In an interview with Nigerian Tribune recently, Auxiliary, responding to the claim by former Chairman of the National Union of Road Transport Workers, NURTW that the PMS is performing their functions, said the union has been proscribed and was only making an outcry because its members are out of the present management of the parks. He, therefore, asked the NURTW to take its agitation to the state government that proscribed it, adding that the PMS was presently running the show at parks and had no reason to foment crisis in the state.

Asked why the PMS totally stifled NURTW members out of parks, Lamidi recalled that he was also out of the management of parks for over eight years and incarcerated for over five years during the past administration but for the present administration that was magnanimous to bring him to reckoning. Lamidi said: “We are presently running the system. Does anyone in charge also rock the boat? They are outside the system and that is why they are complaining. They are the ones that would not hesitate for what is good to be destroyed.

“I do not know about certain people being in any union house. What I know is that the government has proscribed the NURTW. I am unconcerned; it is the government that can take action against them. “I am doing my job and they constitute no hindrance to me doing my job. “If they were not proscribed, will the government bring up the Park Management System (PMS)? Why did the government not call it the park union?

“How can they demand to partake in the current system?

“Were you not in this town? Don’t you know that we were out of the system for eight years and nine months?

“We have a good governor. If he was like the former governor, he would have chased the likes of us out of this town. But, the present governor wants everybody to do things not affecting each other.

“I was in prison custody for five years and eight months without committing any crime, probably because I am not supporting the All Progressives Congress (APC)

“Presently, I am the one at the head of the table now and have no reason to foment crisis. If they have issues to trash, they should go to the State Secretariat to meet Governor Seyi Makinde.

“The union has been proscribed. It is up to the government to decide whether they should remain at the said union’s house or chase them out. That is not my business,” Auxiliary said.

With additional information from online

READ ALSO: A STATE OF PRAYER EMERGENCY DECLARATION IN NIGERIA

Ooni made me who I’m today- KAB Constructions MD

What We Will Miss About Our G.O. Rev. EZEKIEL