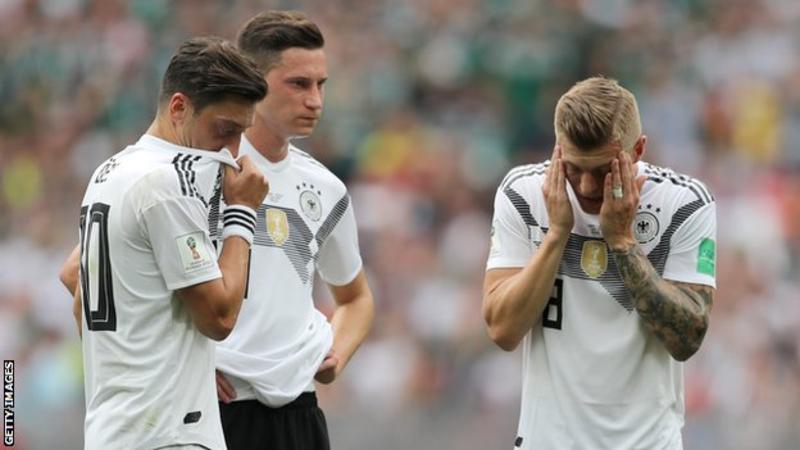 “Mesut is a deserved international and as a player he deserved a better departure,” Kroos told newspaper Bild.

“But the way he resigned was not in order,” he added.

Ozil faced criticism after being photographed alongside Turkish president Tayyip Erdogan in May and was one of the players blamed for Germany’s disappointing World Cup campaign in Russia.

“I am German when we win, but I am an immigrant when we lose,” Ozil said his retirement statement.

Ozil also accused the German Football Association (DFB) of failing to support him during the row.

“The parts in his statement that are rightly addressed are unfortunately overshadowed by the significantly higher amount of nonsense,” Kroos said.

“I think he knows very well that racism within the national team and the DFB does not exist.”

Ozil won 92 caps for Germany and was part of the 2014 World Cup winning team. He was voted the national team’s player of the year five times by fans.