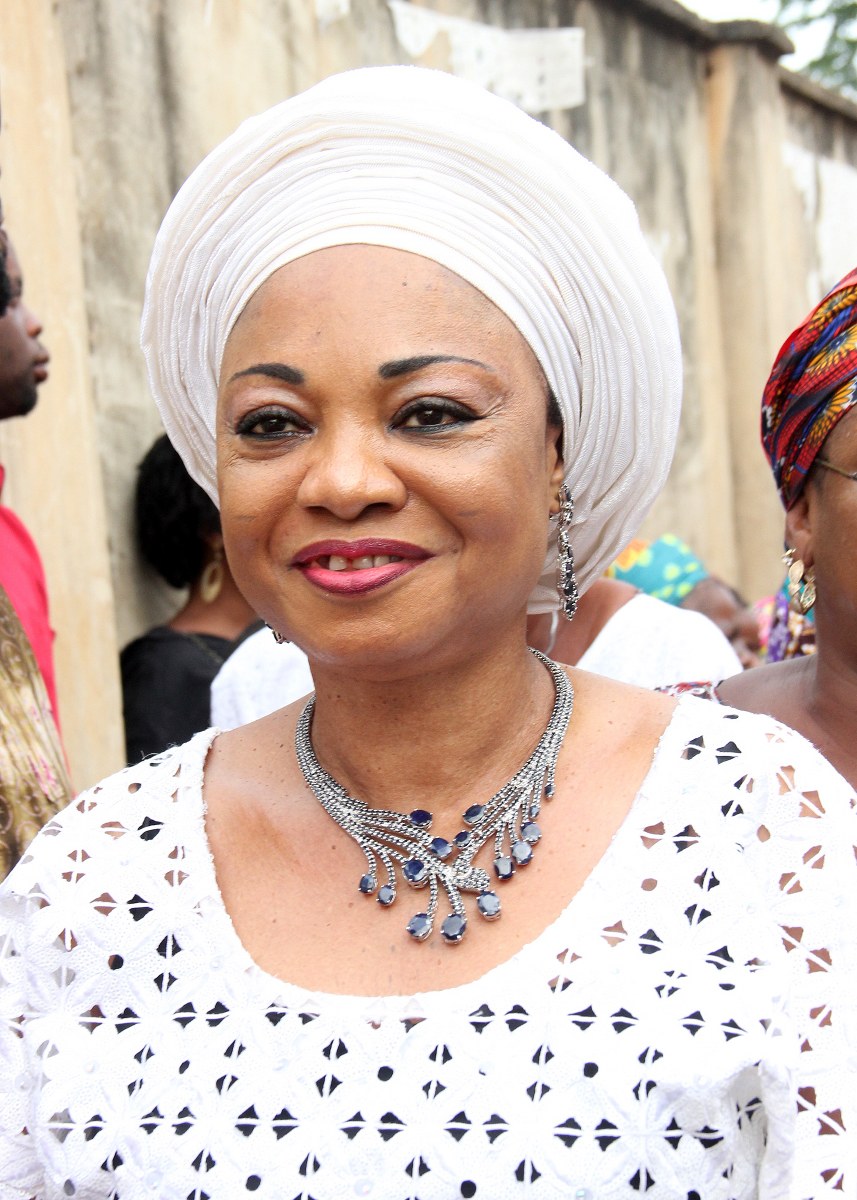 For the past few days, former PDP Chieftain, Chief Mrs. Remi Adiukwu has been on the road visiting APC party leaders in Lagos to inform them of her return to the APC family. Apart from meeting with the National Leader of APC, Asiwaju Bola Tinubu and Ogbeni Rauf Aregbesola, the governor of the state of Osun weeks back, she has  met with all her party leaders, both at the Ward and local government level.

On Monday 18th June, 2018 she went to her ward to meet party leaders. Her ward is Oloko Oshodi in Lagos. The following day Tuesday 19th June 2018 she declared at her Oshodi-Isolo local government. The colourful declaration took place at grounds of Owoseni Primary School Oshodi, behind the local government council secretarial at Oshodi. The pretty female politician dressed in white Iro and Buba danced into the event amidst pomp and pageantry. All the party leaders were in attendance from the Oshodi-Isolo LG boss, to the party chairman of the LG. It was a colourful event, as party members turned out in large numbers to welcome their former leader, till she left for the PDP, years back NURTW Chieftain, MC Oluomo, who is from that LG was also in attendance. Now, she is back, big time.

Below is her speach on the occasion of her defection from the PDP back to APC in Lagos. “It is with a deep sense of relief that I greet all those gathered here today to see me return  to the progressive wing of Nigerian politics after some years on the other side. Today, it is better to say a child, who went on sojourn out of a desire to serve and contribute to the growth of the father’s estate, finally returns home, still with that insatiable desire to be part of the good efforts currently being made in Lagos State by the ruling party.”

“I am’ no stranger to the People and Politics of the APC in my native Lagos State, having worked assiduously with my leader and brother, ASIWAJU BOLA AHMED TINUBU during his tenure as Governor, to lay the foundation of what I now describe as ‘Wonderful Progression’ in growth and development in the state as being continued by our current Governor, AKINWUNMI AMBODE.”

“This, today will not be beautiful day of long speeches as I would rather enjoy the opportunity to be reunited with you all politically. My sojourn away from the party was based on principles, just as my return today is encouraged by the same principle of supporting only and all good things that will be beneficial to Lagos. I make bold to say that the type of leadership being provided for Lagos Sate under the able political guidance of ASIWAJU BOLA TINUBU, in the last decades, is good and worthy of accolades. It is largely for this reason that I have decided to return to the ruling party and contribute my quota to further development of our dear State.”

“Similarly, it is important to thank Chieftains and members of the APC who were relentless in their overtures to me to return ‘home’ since I left for another party. I have finally heed your call; I am back with you, and together, we have a lot to do to make Lagos, and even Nigeria, a better place for us all.”

“As I thank party leaders and members alike for coming here to welcome me, I want to assure ali my supporters that this decision to return to our former political territory will not be regretted. I have the assurances of party leaders that we will be treated well and this I strongly believe.”

“So let me end this speech by saying our return to APC is to work harder at making Lagos better. Thank you and God bless you all.”

Terrence Howard’s daughter comes out as lesbian after divorcing husband