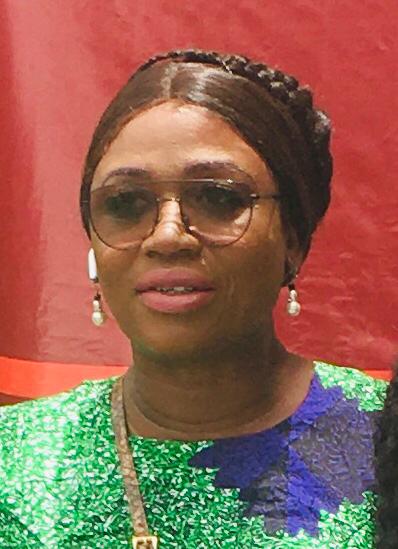 Some men and women in Peoples Democratic Party (PDP) of Lagos State have endorsed the Former Senatorial Candidate of the party, Princess Abiodun Oyefusi (PAO) for the position of Deputy Governor of Lagos State to the party’s governorship candidate, Dr. AbdulAzeez Olajide Adeniran in the forthcoming election.

Speaking on the endorsement, Mr Isaac Alowonle, who was amongst the representatives of the youth wing, explained that the position of Deputy Governor means a lot to the good people of Ikorodu.

Alowonle noted that the population explosion recently witnessed in the region, and the community being a home to a mass of non-indigenes, will be a huge plus for Lagos State PDP if Oyefusi is granted the Deputy slot.

He added that Princess is also enjoying similar support and blessings from other IBILE regions of the State.

Another member, Tolulope Atoba explained that the PDP in Lagos State stands to gain immense support by giving the position to the Royal Princess.

Tolulope further explained that the party would also enjoy support from the vital women base across the State when the Former senatorial candidate of the party is at the frontlines.

Others were also unanimous in their support and endorsement, considering her enduring commitment to the party, especially since after she contested for the Senate and returned a result that was the first of its kind in the Lagos East, especially from a woman.

They described her as dogged fighter, born leader harnessing the bond between leaders and followers of the party especially the women and youth.

The Women arm of the Members stated that they are ready to play their part and the only way to give them some sense of belonging is to allow Oyefusi emerge as the Deputy Governor.

They, therefore, called on all PDP faithfuls and lovers of a better Lagos State to support the candidature of Princess Abiodun Oyefusi (as PDP running mate to Dr. AbdulAzeez Olajide Adeniran (JANDOR) PDP Governorship Candidate.