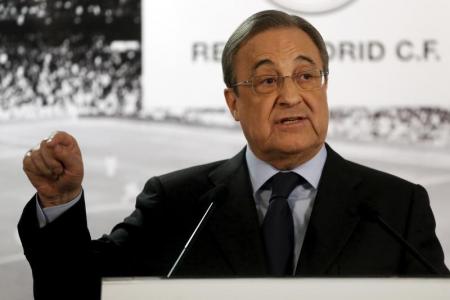 Florentino Perez will remain as Real Madrid president until 2021, the European champions announced in a statement on Monday.

This announcement was made after no other candidates presented a bid to rival the incumbent before Sunday’s deadline.

Perez, who began his second spell in 2009 and has overseen three Champions League successes in the last four years, has barely had to contend with any rivals for his post since the Liga club changed internal rules for presidential candidates in 2012.

The alterations meant anyone aspiring to be president had to have been a member of Real for at least 20 years compared to the old requirement of 10 years, and have a personal guarantee of over 75 million euros ($84.00 million) from a Spanish bank.

The barriers saw off potential challengers in the last election in 2013 and no candidate has emerged in the 10-day period since the electoral process began on June 8, leaving construction magnate Perez, who turned 70 this year, a free run to his third successive mandate and fifth overall.