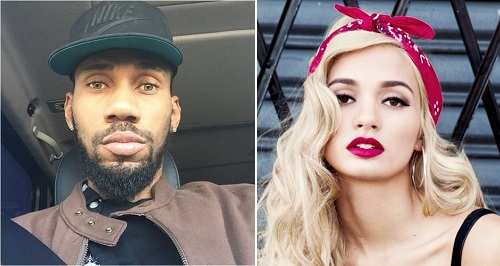 The Drama continues! Many weeks back, Mia released a new track titled; “I am a fan”featuring Jeremih.. and many Nigerians called her out for an apparent theft.. This is because Phyno had earlier dropped his version in 2016, which featured Mr. Eazi and American producer, DeCarlo.

Shortly after the drama surfaced on social media, a report alleged that Phyno was not the true owner of the song in contention, that the rapper ‘reconstructed’ the song which they said originally belonged to a producer called Remo.

However, the Ezege rapper has finally opened up on the true details behind the whole drama after American producer DeCarlo, who Phyno featured in the song, went on Twitter yesterday to say he only gave Pia Mia permission to use it.

Phyno Shares WhatsApp Screenshots Of His Chat With Decarlo Who Said He Stole ‘I’m a fan’ (Photos) was last modified: June 13th, 2017 by Arinze Ago