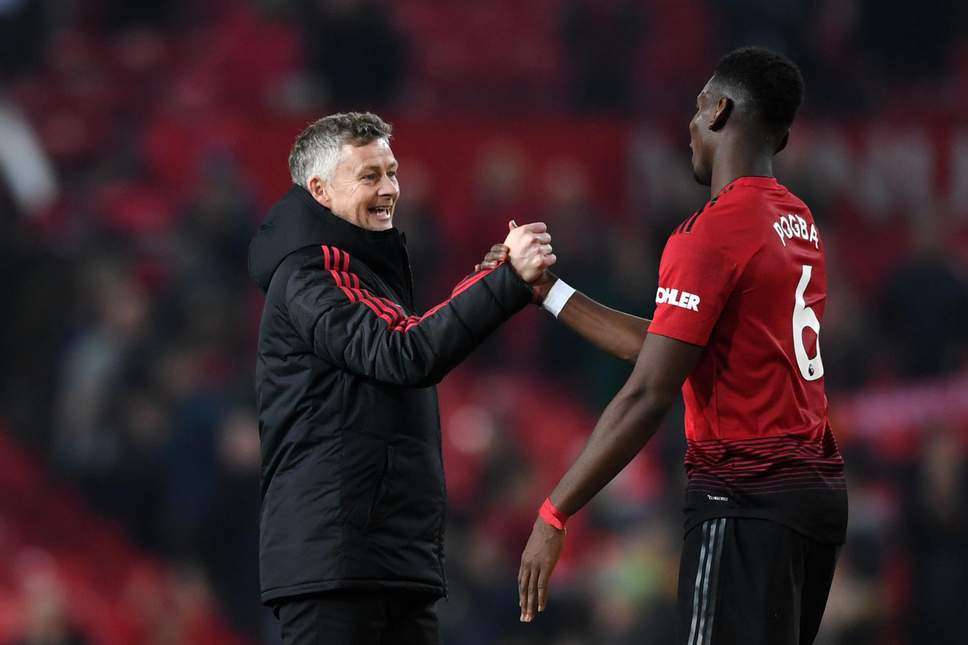 The 25-year-old stood in as captain for three games when Antonio Valencia was injured but lost the job in September.

“I know the boy from before and he is a leader,” said Solskjaer, who worked with Pogba when he was United’s under-23 manager between 2008 and 2010.

“He influences people. He cares and really wants to be successful.”

Pogba’s off-field profile has attracted criticism, as has his deliberately slow run-up when he has taken penalties this season.

None of this seems to affect the midfielder and since Solskjaer’s arrival, his performances have improved – scoring five goals and providing four assists in six games since the Norwegian replaced Mourinho on 19 December.

“Paul’s a larger than life character, that is just the way he is,” said Solskjaer.

“Social media is part of the era we live in. That’s just society now. We have certain rules and I don’t have a problem with it.”

Valencia’s Old Trafford future looks bleak after playing once in the Premier League since September.

In the Ecuadorian’s absence and with Pogba overlooked, Mourinho made Ashley Young his regular skipper this season and Solskjaer has no intention of changing that.

“He’s maybe one of the last old school captains,” said Solskjaer. “It’s important that you are not afraid to stand in front of your team-mates and put them in their place if you have to.”