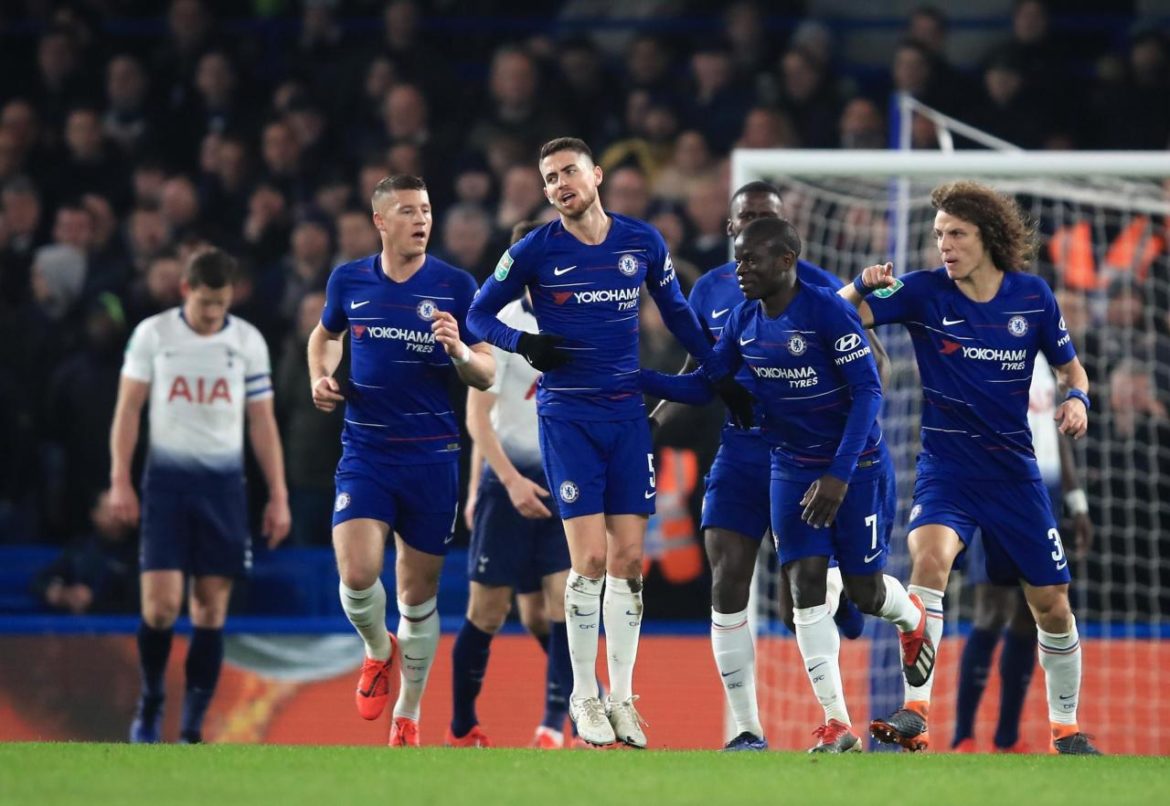 Chelsea battled past Tottenham to book a place in the EFL Cup final against holders Manchester City, triumphing 4-2 on penalties after a stirring 2-1 win at Stamford Bridge.

Maurizio Sarri got the desired reaction, having questioned the mentality of his Chelsea players in the aftermath of Saturday’s defeat to Arsenal, as N’Golo Kante and Eden Hazard overturned the 1-0 first-leg deficit before half-time.

The shoot-out opened in nerveless fashion, but Eric Dier blazed over the bar and Lucas Moura shot tamely to Kepa Arrizabalaga’s left, leaving David Luiz to steer in and spark raucous celebrations.